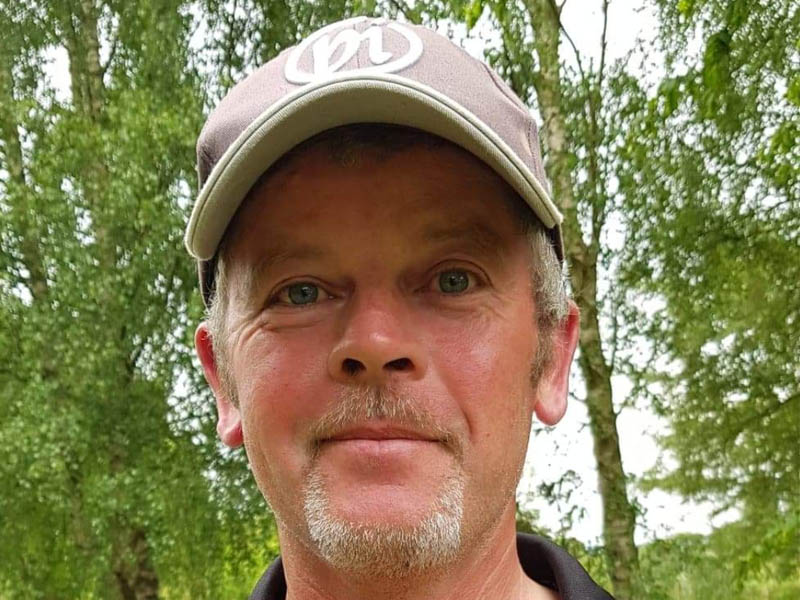 Saturday 25th May saw a return to the ever-popular Glebe fishery in Leicestershire for qualifier number ten (10) of the 2019 Mega Match This qualifier campaign. Once again, the venue produced another sell out event with one hundred and ten (110) anglers going head to head across the entire complex.

Conditions on the day were extremely hot with plenty of sunshine coupled with very little cloud cover seeing the resident carp cruising around in the upper layers and favouring the shallower, warmer water in the margins. Fishing, therefore, was expected to be a little tricky in certain areas given the fact the fish have not yet spawned combined with rising water temperatures. However, despite this, the standard of fishing on the day was very good with over 150lb needed to finish inside the main frame. 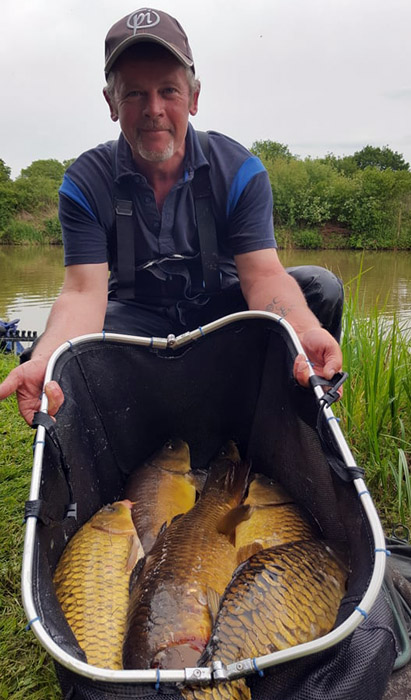 Shaun Woodward with part of his match winning catch at The Glebe, which sees him through to this year’s big money final at Maver Hayfield Lakes.

The next angler through to this year’s Mega Match This Grand Final in August was Shaun Woodward. The Leigh Tackle & Bait man drew peg 67 on Lake 4 and got to his peg only to find a large number of cruising fish in front of him. Opting to fish pellet on the pole and mug individual fish for the full five hours, Shaun found fish to 10lbs to weigh in a massive 213lbs 8oz to confirm his Match This debut as well as a place in this year’s British Pole Championships.

Andy started his match fishing with a cage feeder with maggot to take around 50lbs during the first half of the match before looking down his left hand edge. Fishing dead maggot over groundbait for the final ninety minutes to two hours, Andy found good-sized fish in numbers up to 12lbs to finish the match strongly, but unfortunately lost a few fish due to foul hookers. Despite the fish not settling properly, Andy was still able to manage a superb 120+lb during the final stages of the match to end proceedings with 188lbs 9oz. Andy will now compete in this year’s British Pole Championship final in August.

Rounding off the top three finish on the day was Colmic / Bag ‘Em-backed Jamie Wilde. Jamie secured an overall lake win from peg 47 on Lake 3 (Uglies) with 147lbs 11oz. Jamie started his match singling out individual fish up in the water flicking his rig over to the island to find fish up to 14lbs before switching to his edges late on in the match. Offering corn on the hook, Jamie found fish in numbers down his margins to take the last of the automatic British Pole Championship qualification places.