Lee Edwards Back In RiverFest Final 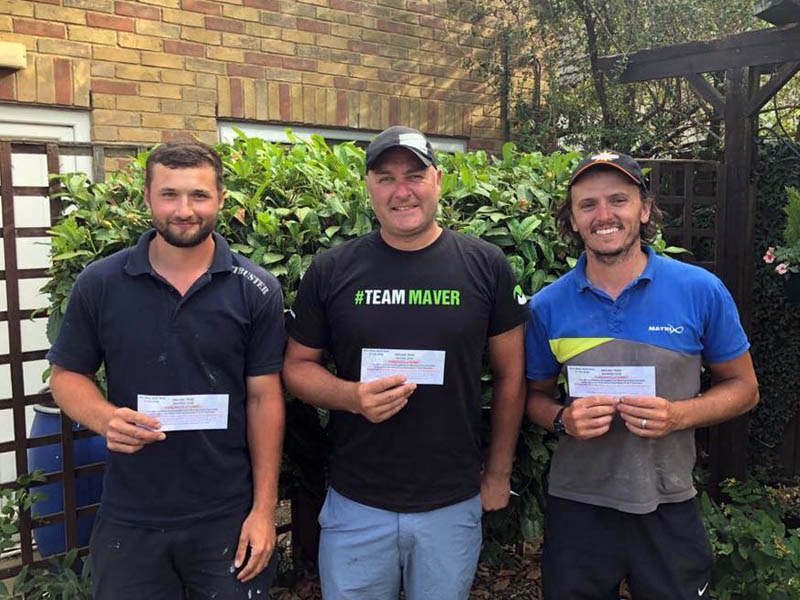 Welsh Internation, Lee Edwards, has secured a place in his third consecutive Angling Trust RiverFest Final after topping the competition’s latest qualifier event held on the River Nene at Peterborough. Lee, who qualified for the final last year from the River Wye, then the River Severn at Bridgnorth in 2016, is regarded by many as one of the best river anglers in the country and, with a near perfect qualification track record to date, will be one to look out for on the final in November!

The final will take place on the River Severn at Shrewsbury over the weekend of 3rd and 4th of November and, in case of high water, the same venue has been booked for three consecutive reserve weekends after these dates.

Below, Lee reflects on another successful RiverFest qualifier:

“I’d not fished this part of the Nene for around ten years, so my plan of attack revolved on how I used to approach the venue when I used to fish the old winter league finals. However, I soon realised we would be fishing a different stretch, more towards the locks before the river went tidal. With this in mind, I paid a visit to the venue the day before to see what the river was like and noticed a few fish topping just as the sun was going down. The river looked good“.

“Despite hopes being relatively high having seen the venue the day before, word at the draw from most of the anglers was the fishing was going to be shocking! I drew peg 16 and, upon arriving at my peg, it didn’t look the best. I had a cattle drink to my left, but I also had some reeds growing to my right should I decide to chuck a feeder“.

“On the inside, there was plenty of weed so I took a fair amount of time to find a clear area at 6m as I intended on fishing as close to this a possible for the small fish. I also set up a line at 14.5 m for all species and two lines left and right at 13m for eels, which completed the set up“.

“I started the match by balling in four balls of Somme short and cupped in two balls of groundbait laced with pinkies. Six balls of grounbait were then introduced on my 14.5m line containing squats, chopped worm and a few casters, followed by six full feeder loads over to the far bank. The eel lines were to be fed approx 15 minutes before I intended on fishing them“.

“I started the match short and enjoyed a reasonable spell catching silver bream, then odd roach so I started loose feeding hemp in an effort to encourage the roach, but the bites didn’t last long. I then had a look on my 14.5m, but this only produced a couple of perch so decided to come off it again. The feeder didn’t produce a bite – all day in fact“!

“Talk on the bank during the match was odd bream were being caught so I decided to concentrate on the long pole. I had my first bream around halfway through the match and ended up with twelve, the biggest around 5.5lb to win the match overall with 55lb. Regular feeding was the key“.

“Overall, the match itself fished ok for some, but very poor for others. I’m happy to get through on the first outting, especially after an eigh hour round trip! I eventually got home at 10.15pm“.

“Tackle wise, I’ve used the awesome Signature Floats in various sizes with 0.10mm MVR mono. I have also been trialling a new pole currently in development for Maver, which performed great, even in the strong cross winds“.

After five fantastic years on the River Wye, the final of the ever popular Angling Trust RiverFest competition will be moving to a new venue in 2018.

The big money event, which sits as the pinnacle of the running water match fishing calendar, carries a £13,000 top prize from a final prize pot of almost £40,000!

RiverFest 2018 will culminate in a two day final on the Quarry and County Ground sections of the River Severn at Shrewsbury. Qualifiers began in June and take place all over the country, with three anglers going through from each to the seventy two (72) peg final.

From everyone at Maver (UK), good luck Lee!