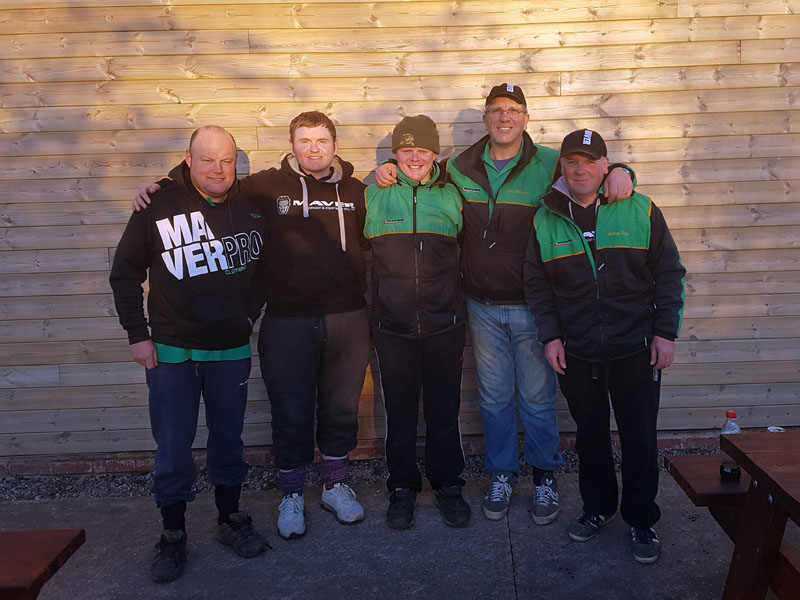 This weekend saw the conclusion of the popular individual Winter League series staged at Heronbrook Fisheries, Eccleshall. The league saw a total of fifty three (53) anglers compete over a total of six rounds for individual honours with Clive Nixon’s Maver Gold sqaud entering five men, all of whom secured a top ten finish upon the competition concluding on Saturday including Maver Gold anglers Ash Davies and John Chapman locking out the top two places. 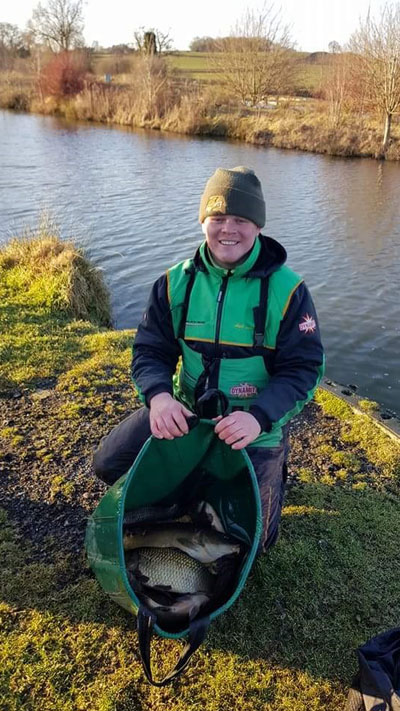 Maver Gold man Ash Davies rounded off a fantastic six-round series by finishing second overall on the day. Ash decided to keep things simple and fished maggots at 13 and 14 metres, rotating three different lines to catch twenty three (23) F1’s and seven (7) carp to weigh 83lb and secure a vital section win and second place in the match. Ash’s section win, combined with scores from previous rounds, secured him first place overall in the league with thirteen (13) points to top the field.

Maver Gold team mate John Chapman finished his league in style by coming second in his section and fourth in the match from peg 22 on Canal. John caught F1’s and carp from all around his swim to weigh 64 lb8oz to secure a second place finish in the league overall.

Alex Hulme also finished his individual Winter League campaign on a high by finishing third overall on the day. Alex drew Meadow peg 5 and had a dream start to his match regularly catching carp and F1’s on bread at 14 metres. Then, with ninety minutes to go, Alex went onto his maggot line at 6 metres and caught F1’s till the end of the match. Alex weighed in 74lb, which gave him an all-important section win pushing him up to fourth place overall in the league with sixteen (16) points.

Maver Gold colleagues Matt Barwell and Anthony King also made it into the final pay out places in the league with Matt ending up in seventh place and Anthony ending up just behind in eighth place.

Clive Nixon, Maver Gold team manager, stated: “I am really proud of all the anglers that fished the individual league on a truly fantastic achievement – having all five anglers finishing in the top nine overall is not easy task given the calibre of angler that fish regularly at Heronbrook. It is a testament to all the hard work and commitment they have put in over the winter months. We would also like to thank our team sponsors Maver and Dynamite Baits for all their continued support”.