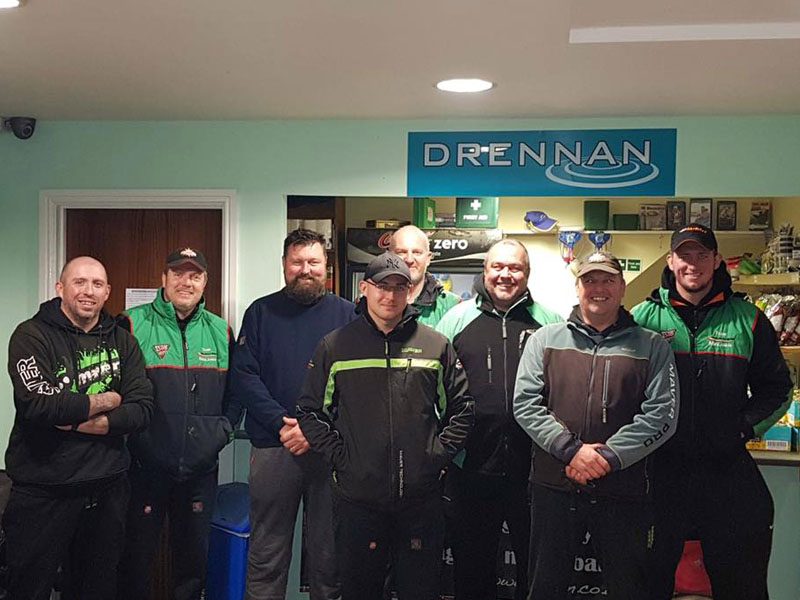 The league, which saw ten (10) teams of nine (9) go head to head over a gruelling six (6) round series between early October and mid-December, produced some excellent fishing despite freezing cold conditions, particularly during the later stages of the competition.

Team Captain, Wayne Mellings, reflects on a superb overall team performance across the series as a whole, which saw the team effectively confirm their place in the final with a round still to go:

“Competing in the Heronbrook Winter League the team had some fantastic results over the six (6) rounds with two (2) wins, three (3) second place finishes and a 3rd place in the final round. The team, which consisted of Dave Brown, Dave White, Adam Rumble, Jake Robinson, Trev Robinson, Brad Parkes, Andy Moors, Jase Brown, Mark Fox, Andy Dyson, Danny Hallem and Jordan Hall, all worked really well together sharing valuable information where needed to get the best from each peg. It was difficult to pick eight (8) each round from the above but each played their part and performed to the best of their ability when selected“.

“However, I think all the team would agree, a special mention must go to Adam Rumble who had an outstanding league amassing a total of four (4) section wins, two (2) match wins and a match second“.

Adam reflects on his individual series below: 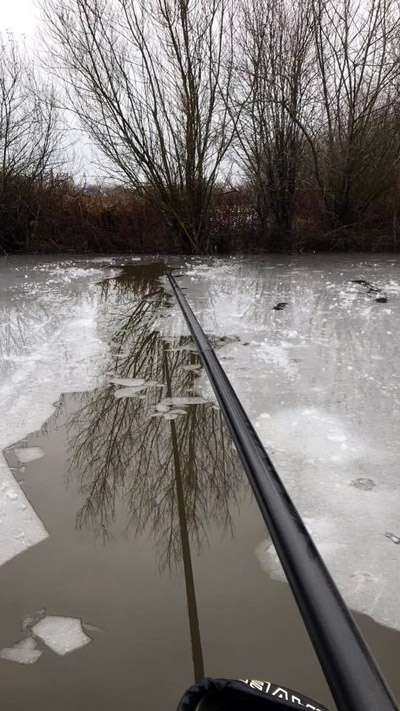 “For the opening round of the series, I was drawn peg 2 on Match lake. I caught thirty nine (39) fish on meat short and maggots down the edge for 114lb. This was enough to win the lake and my section. Team wise, we had a bit of a mixed bag in terms of results, but luckily still ended up 2nd on the day so a good start to the league all round“.

“I drew myself peg 34 on meadow for round two and caught forty three (43) fish on maggots in 3ft of water across and then maggots short down the middle for 116lb. This was enough for a match win, which saw me finish just ahead of team mate Dave Brown, who finished in 2nd place with 110lb. The team overall fished a blinder, which meant we won on the day and were now leading the league by two (2) points“.

“I drew myself peg 2 on Canal during round three (3). I caught one hundred and two (102) fish, all on maggots at 6m for 184lb and a match win. it was another steady team result, which saw us still occupying top spot in the league“.

“On round four, I drew peg 11 on Canal again, just a few pegs away from where I had been stationed the previous round. I opted to fish maggots across in 4ft of water and maggots short down the middle for fifty seven (57) fish to weigh om 116lb. This was enough to win the section as well as finish 2nd overall in the match just behind team mate Dave Brown, who won the match off Bridge lake with 124lb. The team performed brilliantly to win on the day and extend our lead at the top“.

“The penultimate round of the series saw me draw peg 33 on Bridge. I managed twenty five (25) fish on the maggot feeder chucking infront of the next peg to finish with 50lb for 4th in the section. The team had a mixed bag of results on the day, which unfortunately put us 3rd overall on the day. However, on the up side, this meant we had now won the league with one round still to go and can’t be caught“!

“For the sixth and final round of the series, I found myself on peg 32 on Canal. I feared the worst as there was an inch of ice on the lake“!

“I managed to break a channel across at 15m and another one 13m to the right. It was an extremely difficult day to say the least! I caught three (3) F1s across at 15m and four (4) to the right on my banker line the last thirty minutes of the match. I ended the match with seven (7) F1’s and a few bits for 16lb, which was enough for 2nd in section“!

“Team wise the lads put in yet another awesome performance to finish 2nd on the day ending the league with ten (10) points, which was enough to secure overall victory and qualify for the winter league final“!

The final will take place on 24th February 2018 split between Peterborough’s Decoy Lakes and the Fenland Drains.