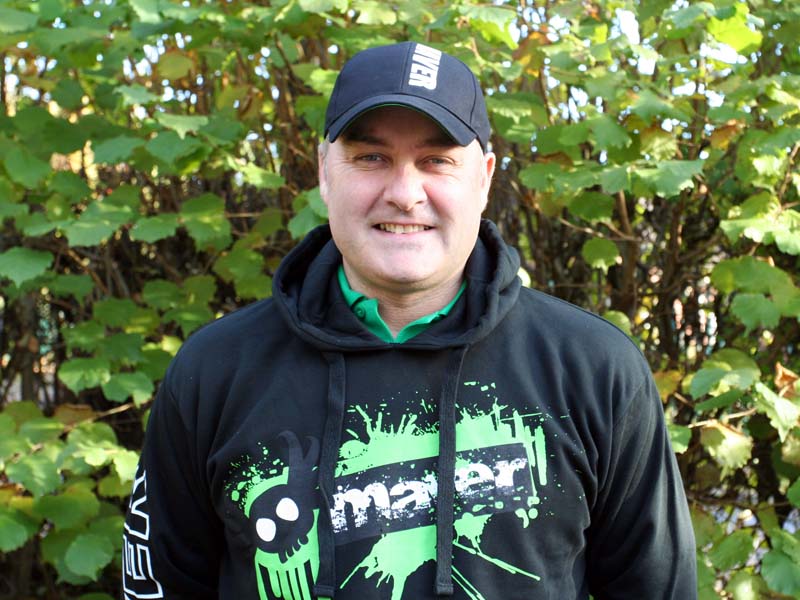 Day one of the Milo and Bait-Tech sponsored River Wye Spring two-Day festival got off to a flying start with competing anglers enjoying some fantastic sport on the opening day. The event sold out within days of the organiser Dave Roberts announcing it, attracting a talented field of river anglers from all after the country.

Unfortunately, the event was cut short due to the after-effects of storm Doris, which had been battering much of the country for the twenty four hours leading up to the event. An unprecendented amount of water entered the river causing water levels to rise around four metres in ten hours before the start of day two! As a result of the extreme conditions, the following days events were cancelled meaning prizes from both days were paid out on the opening days result – a little unlucky for some with both Welsh International Lee Edwards and England International Callum Dicks lined up nicely for a strong finish over the two days following a good result each after day one.

Lee and Callum reflect on what was a good opening day for them both despite the weather.

“I had mixed feelings about my draw as there is no platform and the peg can be difficult to get to. That said, you can catch anywhere on this particular bank so a good days fishing was possible. On arrival, the first and most important thing was to get a platform in and make sure it was secure. As this peg is shallow close in, I could see the bottom in around four feet of water“.

“I went about setting up the normal gear that you would generally use first, which, for me, was an 18ft Reactorlite with a 5g bolo, a 14ft Reactorlite with a 14+4 stick float and a 14ft prototype float rod with a 5 gram waggler. My other main plan of attack was the pole. Pegs 94 and 95 are very snaggy, which is probably due to being either side of the road bridge, and all sorts of debris were either left in the water from the build or items thrown off it“.

“With this in mind, the only way to fish these pegs on the pole is to run the float over a small area, which ended up being around five foot on the day. I set up two rigs; one with an 8g and the other with a 12g flat float, both overshotted by 2g each so I could flow them down even more. Both rigs had 0.12mm SLR hook lengths to size 16 Katana hooks“.

“Just before the start, a little colour came into the river, so with this in mind, I decided to throw in eight balls mixed 50:50 soil to groundbait. I also introduced four balls on bolo line“.

“I started on the bolo, which I fished for around forty five minutes without a bite. I switched to the pole and I was into perch and chub immediately. Feeding regularly and changing rigs kept the fish coming. I then hooked a barbel, which I played it for ten minutes to get the better of it, only then for the fish to find some snagged line and cut me off just below the bulk. Lovely“!

“I kept on trying the bolo but I only had one bite, which I missed. I managed three perch on the stick float running down past the pole line but it wasn’t proving the best option on the day. I was able to catch on and off on the pole. I hooked four huge perch throughout the day, all went out into the middle of the river but I lost them as I physically could not hold the pole past 11.5 metres where I was fishing due to the downstream wind and the hooked pinged out every time“. “I ended up finishing the match with 43lb of perch and chub, which were mostly caught on maggots with 44lb of barbel winning the day, so all to play for on the next day”.

“Sadly this wasn’t possible as the river came up approximately four meters overnight rendering most of the pegs impossible to fish, not to mention unsafe! So, second overall it was. Pondering over lost fish is pointless – it is what it is and my result isn’t anything to grumble about”.

“Great news that this festival is now an annual event and I’m already looking forward to next year“.

“I drew peg 79, which I was told is a good barbel peg so I decided to keep it simple. A feeder rod for barbel and a flat float with worms – exactly how I caught last week“.

“I started on the feeder, but after forty minutes, I’d had no bites, so decided to go have a go on the flat float. I had a really good run of fish including five chub and three perch for around 12lb. The people around me and opposite weren’t catching a great deal so I was happy at this stage in the match“.

“Back on to the feeder and within five minutes I hooked into a barbel that steamed off downstream. I managed to drag it all the way back up the inside and netted it! A lovely fish that went about 6lbs. Next chuck and a similar thing again! Within ten minutes I hooked another one that weighed around 7lbs“.

“Unfortunately, I had a really disappointing second half of the match without a bite on either line! Those ten fish went 24lbs, which was enough to win the section putting me in great shape for day two. There were lots of big weights throughout the match with my effort putting me in about 10th in the match with 24lb. After the match there was lots of talk of some water coming into the river for day two but I don’t think anyone expected what happened over night though! The river came up approximately twelve feet in ten hours, which meant day two had to be cancelled“.

“There were four other section winners with bigger weights than me so I just crept into the frame coming 5th overall. A great match and great organisation. Book me in for next year“!!!