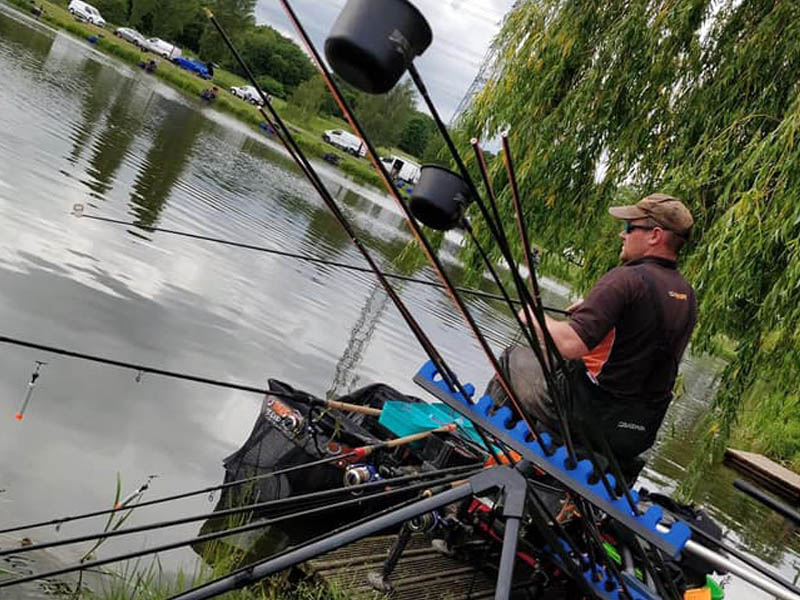 Maver Hayfield Lakes continued its one hundred per cent sellout record on this latest Mega Match This qualifier event with all one hundred and twenty (120) tickets being taken. Conditions for the day were forecast to be very hot by mid afternoon with many anglers setting up their stall to catch shallow. However, not long after the all in, the heavens opened presenting anglers with a sudden last minute change of approach. As the day wore on, the ran stopped and the sun that had been forecast eventually made an appearance midway through the match with many anglers taking advantage on pellet waggler and / or shallow pole tactics. 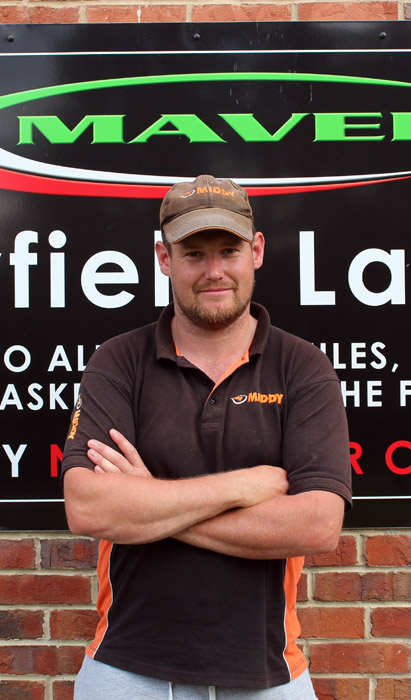 Winner on the day, and the next angler through to August’s Mega Match This Grand Final, was Middy-backed Ashley Clements. Ashley drew peg 82 next to the bridge on Adam’s and started his match on the short pole to catch decent sized fish for the opening two hours of the match. Then, for the final half of the match, Ashley switched to his right hand edge and offered hard 8mm pellet to depth in the channel between big and little Adam’s to find bigger stamp fish to finish the match with a phenomenal late charge to really put some distance between him and the chasing pack. Ashley finished the match with five keepnets to weigh in a massive 231lbs – the second largest qualification weight of the 2019 campaign to date – to confirm his place in this year’s Grand Final and the Maver British Pole Championship and leave the remainder of the field in his wake.

Whilst Ashley Clements dominated the field, honours for second place were shared between Kerrs of Ossett rod Tony Lawson and Yorkshire-based Paul Burton. Tony secured an overall lake victory from peg 18 on Island lake fishing pellet up in the water to produce an all-carp catch, whilst Paul (Angler’s World Holidays) drew peg 39 on Adam’s and, like Tony, found carp willing to oblige on 6mm pellet fished up in the water. Both anglers enjoyed a frantic day’s sport with carp up to around 10lbs gracing their nets with nothing separating them at the end of the five hours with each weighing in 131lbs 5oz.

Fourth place on the day was Melton Angling’s Simon Skelton (Dynamite Baits). Simon drew peg 80 on Adam’s and started his match on the short pole to catch a few early bonus fish before switching to shallow tactics to catch odd fish throughout the day. Simon ended the day with 119lbs 2oz of carp to take the last of the payout places on the day.