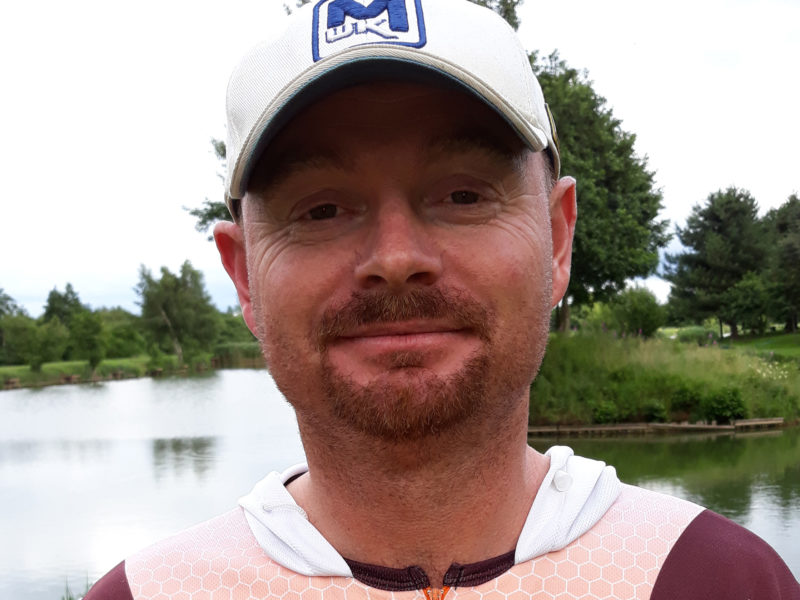 Saturday 20th July saw qualifier number 18 take place at Makins Fishery nr. Nuneaton, where 79 hopeful anglers vied for a place in this years Mega Match This Final at Maver Dynamite Hayfield Lakes on Saturday August 31st, with the top 3 Individuals in today’s match, as usual, going through to the Maver British Pole Championships, also at Maver Dynamite Hayfield Lakes on Sunday 18th August. Conditions weren’t perfect with high pressure building but with lots of cloud cover and occasional breaks letting the sun come through it was hoped that the fish would be in a feeding mood. Crater, Snake, Paddock and Reptile on Phase 2 with Severn, Outer Avon, Inner Avon, Thames and Derwent on Phase 3 were the lakes in use for this match with the anglers given plenty of room.

Winner of this match and drawn on Outer Avon Peg 20, was Mosella UK/Baits 2 Fish/Marukyu backed angler Marc Rodgers who is no stranger to these events. Marc set his stall out to fish the Pole tight to the far bank under some overhanging bushes approximately 12 inches above the water line, where he found about 12 inches of water and also down his edge for later in the match. Feeding maggots with maggot hook bait, Marc caught most of his fish on this far bank line, occasionally mugging the odd Carp as they swam past just short of this line whilst feeding his margin line again with maggot. He finished the match with 129lbs 10ozs of Carp to 8lbs to book his place in this year’s final, which will be his third MMT final.

Second on the day and also drawn on Outer Avon was Lancashire angler Kevin Gallagher. He drew peg 14 and opted to fish the pellet shallow both short and long to finish the match with 106lbs 11ozs of Carp to 8lb. Kevin also books a place in the Maver British Pole Championships. 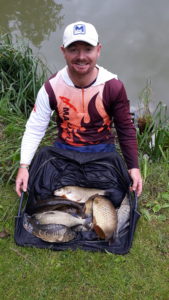 In third place and drawn on Crater Peg 1 was Garbolino/Bait Tech backed angler Mike McMillan. Mike initially opted to fish long line and pellet shallow to the right of the island for Carp, switching to his right hand margin occasionally to pick off the odd Carp that had settled on his feed. Mike finished the match with 96lbs 12ozs and takes the final place from today’s match for the Maver British Pole Championships.