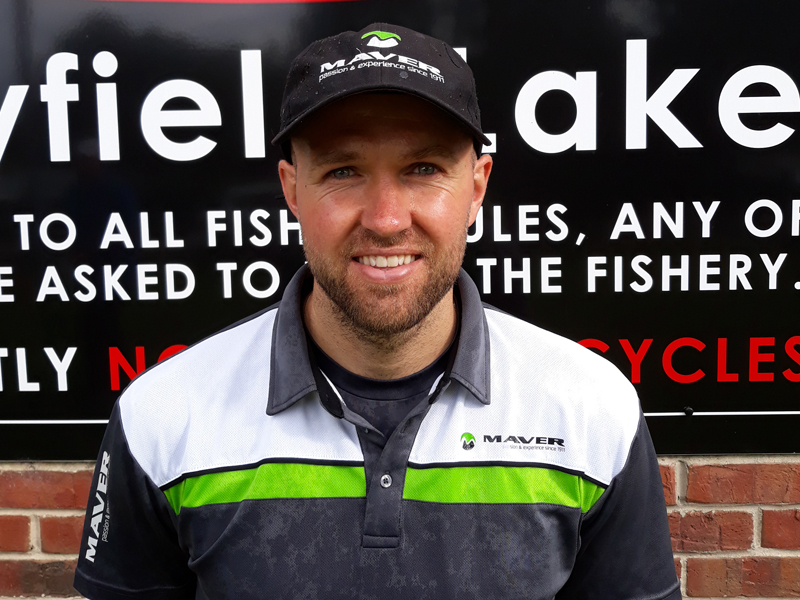 Once again a sell-out field of 100 turned out for this, the second of the three consecutive qualifiers to be held at the Angling Wembley of the north that is the award winning Angling Times Commercial Fishery of the Year 2018 and 2019, MAVER-DYNAMITE HAYFIELD LAKES.

Again, it was a rolling draw from 08.00a.m onwards, with anglers not having to leave their cars for registration. In order to maintain social distancing rules and being compliant with current legislation to keep everyone safe. Conditions, although dry, were very blustery and at times turned some areas of the lakes, especially the grass bank side on Island lake, into something resembling the English Channel and with such choppy conditions, unless you were lucky enough to have drawn one of the calmer more protected areas of the lakes, the waggler was out of the question, as well as mugging fish, with the order of the day for many being to start on the feeder or bomb and pellet whilst feeding short and the 13 to 14m line for if, and when, the wind dropped.

With Island lake having produced the winner in our last visit to Hayfield, many expected it to do the same on this occasion. However, on this occasion it wasn’t to be, and Island lake turned out to be the bridesmaid, with all top 6 individuals coming from Adams Lake.

Leading the pack and becoming qualifier number 4 was former under 22 World Champion, Mavers own Callum Dicks. Drawn on Adams peg 39, Callum made the best of the slightly better conditions regarding the wind and, using 8mm fishery pellets shallow, followed by groundbait down his edge later, he netted Carp to 12lb for a match winning weight of 170lbs 5ozs to book his place in the grand final in September 2021.

Third on the day and drawn on Adams peg 70 was Tuxford, Newark angler Ben Dales again opting to fish pellet shallow to net fish to 8lbs for a final tally of 102lbs 14ozs.