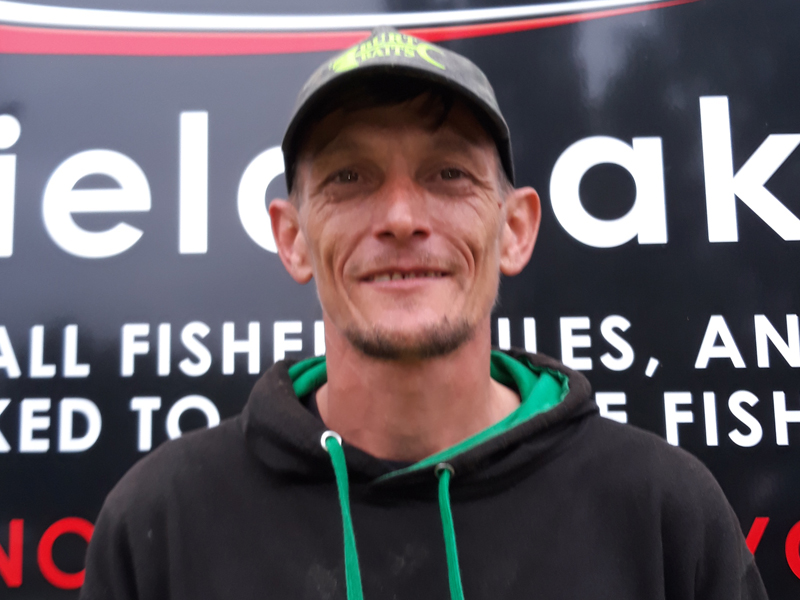 Maver-Dynamite Hayfield Lakes continued its 100% sell-out record for the third Match This qualifier event in a row with one hundred tickets being sold.

As with ALL MMT events until further notice, Covid-19 rules were in place with a rolling draw from 08.00a.m onwards, with anglers not having to leave their cars for registration in order to maintain social distancing rules and being compliant with current legislation to keep everyone safe.

Conditions for the day were forecast to be breezy, cooler than of late with plenty of cloud cover and the odd light shower or two. Big weights weren’t likely to be the order of the day, as the venue had hosted a 3 day event earlier in the week across all lakes but, despite this, weights were still expected to be reasonable with no single angler running away with it.

Winner on the day and through to the final on Saturday September 4th, 2021 was Burt Baits backed angler Craig Tidswell. Craig drew Island peg 20, which he was well pleased with as it is a peg with some form. Initially starting short with pellets and paste, he realised that although he was catching a few fish, he wasn’t getting enough to challenge for the qualification place and switched to Pellet shallow. This again brought odd fish but not enough, so a further switch to Bomb and Pellet was called for which resulted in an almost immediate response and him netting Carp to 10lb for the remainder of the match for a winning weight of 111lbs 7ozs.

In second place and drawn on Island peg 43 was Oliver Scotthorne, Halkon Hunt/VDE backed angler who fished the method feeder to the island for the majority of the match with micros and 6mm pellets to net fish up to 7lb for a weight of 92lbs 11ozs.

Third place went to 2018 MMT winner, David Burley, he drew Island peg 44 and again opted to fish the method feeder with Micros and Yellow Wafter to net Carp to 12lb for a final weight of 89lbs 13ozs.