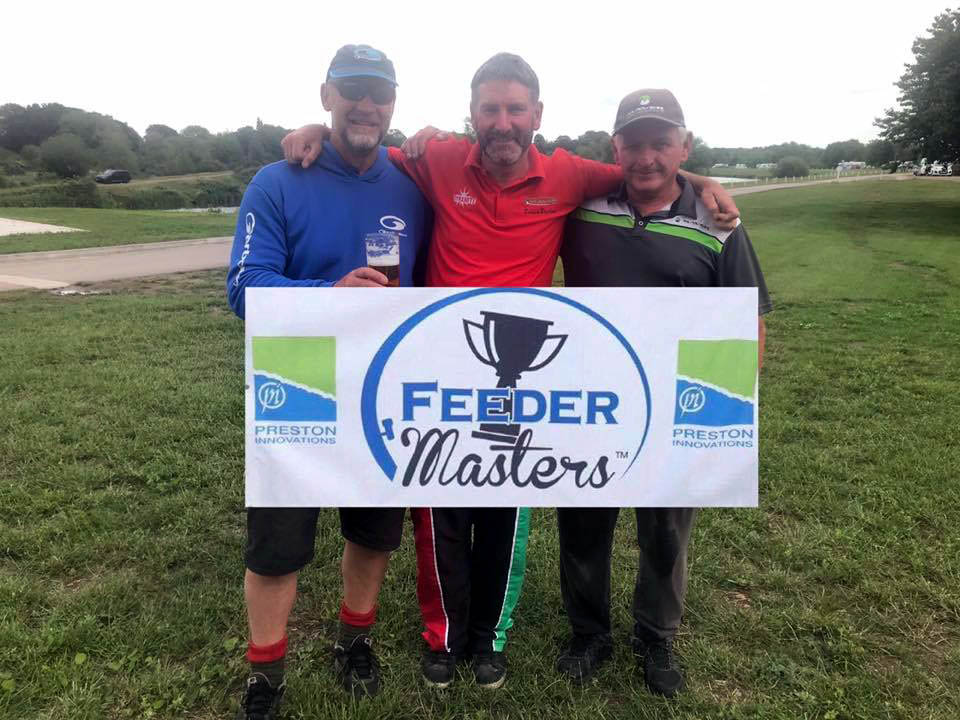 Eddie Bridon has confirmed his place in this year’s Feedermasters Grand Final after topping the latest qualifying round at the popular Hallcroft Fishery, Retford. Fifty seven (57) anglers pegged across Outer Moat and Bridge went head to head with three (3) qualification places up for grabs for this year’s final at Tamar Resevoir – a brand new venue for the 2019 event.

Eddie has an impressive record when it comes to this particular event having qualified for two (2) previous finals. This latest qualifier saw Eddie not only win his zone, but win the match outright to confirm his third Feedermasters final in four years (having missed out in 2017) and another chance at scooping the guaranteed £12,000 winner’s prize. 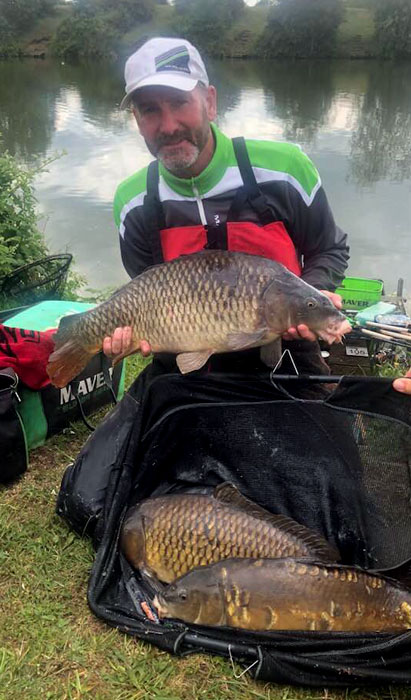 “This latest Feedermasters qualifier at Hallcroft Fishery saw me on peg 105 on Outer Moat, which was an end peg! End pegs provide a massive advantage on these matches, so upon arriving at my peg, I decided to set up three (3) lines of attack. The first & starting line was across to the platform on the far bank with my 12ft Diamond Extreme. My second line was at twenty four (24) metres down the middle, which I opted to fish with the 11ft MV-R. My third and final line was down the edge, which I decided to attack with my 9ft MV-R“.

“The plan was to feed heavy on the twenty four (24) metre line at the start, then feed it every twenty (20) minutes after that for the first hour. I started the match across to the platform with a method feeder but, surprisingly, this produced just two (2) carp in the the first seventy five (75) minutes”!

“I decided a change was needed and switched to my twenty four (24) metre line, which I had been priming from the off. I managed five (5) fish on this line before it switched off, so introduced some more feed before having a look down my edge at around 2:30pm. Unfortunately, my margins hadn’t yet switched on at this point in the match with my time being rewarded with just three (3) skimmers and a single carp“.

“I then went back to my twenty four (24) metre line and managed another two (2) big fish, one of which was at least 20lbs before needing to feed again, which was followed by another two (2) big fish, again one going at least 20lbs! I decided to stop on the short line until the end of the match as it was by far the most productive on the day. I ended the match with thirteen (13) carp & three (3) skimmers all caught on a 7mm wafter with micro pellets around the feeder to weigh 155lbs 4oz. This was enough to win my zone and the match overall“.

“I’m looking forward to my third Feedermasters final at the new Tamar venue. Big thanks to Lee & Mick at Feedemasters for an excellently ran competition“.