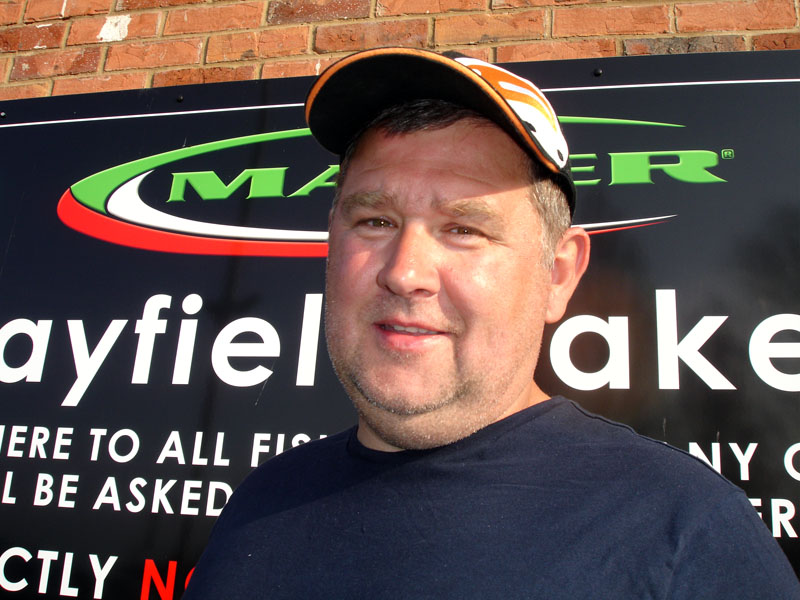 Saturday 14th April marked the first of three Maver Match This qualifier events hosted by Maver Hayfield Lakes – the home of European match fishing’s biggest and richest final. One hundred and twenty (120) anglers lined the bank of Little Adams, Big Adams and Island lakes for their chance to confirm their place in September’s big money final.

Conditions on the day were a bit of a mixed bag with a cold and overcast start making way for patchy sunshine towards the end of the match. Fishing for many of the competitors was quite difficult with the weather leading up to the qualifier leaving a lot to be desired. Water temperatures around the complex were still very low for the time of year with fish still shoaled up in certain areas showing a reluctance to move. 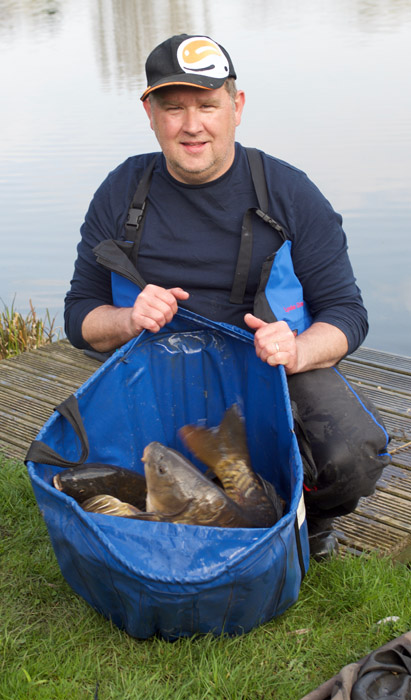 Lynden Grimmett with part of his match winning catch which now see’s him through to September’s final.

Winner of this third and latest Maver Match This qualifier was Wakefield-based rod, Lynden Grimmett (Nightingale AC & AJ Tackle) from peg 57 on Big Adams. Lynden started his match fishing 6mm pellet short on the pole at 6m before switching to his edge around midway through the day, again with 6mm pellet, to find carp up to 10lb to end proceedings with a modest 97-07-00 to finish comfortably ahead of next best man on the day. Lynden also qualifies for the Maver British Pole Championship final for his efforts.

After the match, Lynden commented: “I’m made up to have made this year’s Match This Final. I wasn’t sure if I’d done enough with rumours going round that Alex over on Island pool had enjoyed a good start to the match with his opening four or five fish being of a good stamp. I decided to go for it and went down my edge and, thankfully, it paid dividends“!

Former Match This finalist, Alex Hulme (Maver Gold), finished in second place picking up an overall lake win from peg 17 on Island lake. Alex opted to fish a method feeder over to the island for the duration of the match finding carp to 10lb to weigh in 60-10-00 at the end of the five hours. Alex also qualifies for August’s British Pole Championship final.

Rounding off the top three finish on the day was Yorkshire man, Dale Haywood. Dale drew peg 32 on Little Adams and fished both pellet waggler and bomb to end the day with 54-05-00, including carp up to 12lb to take the final automatic qualification place for the Maver British Pole Championship final.

A difficult qualifier for most with fishing on the day proving a challenge. Despite weights being relatively low for a venue of Hayfield’s standard, the back-up weights across the remainder of the field were close with very little separating the top eight (8) anglers on the day.