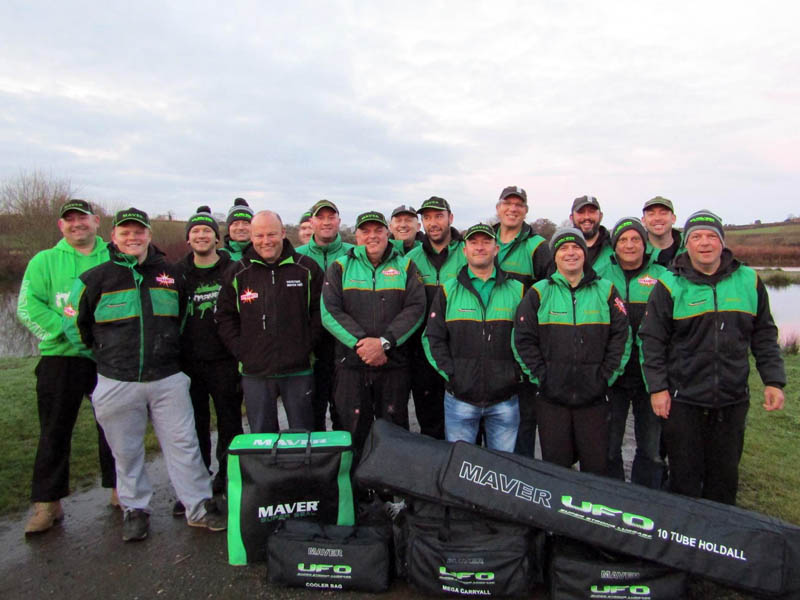 League events at Heronbrook fishery in Staffordshire attract a very high standard of match angler from across the North West and the Midlands with this year’s Spring Festival neing no exception. Twenty (20) teams of four (4) competed with anglers being spread across Canal, Meadow, Bridge and Match lakes over the six (6) round series.

Below, Maver Gold (Oak) team member, John Chapman, recalls events from what was very much a league of two halves for the team. After a disappointing start by their own admission, the team were able to produce a strong finish to the series to secure a place within the main top three overall behind Maver Midlands (Mango).

“The opening round was fished in cold conditions, but there were some fantastic weights recorded with two weights over 200lb. As a team, we had some poor draws and managed to scrape together forty six (46) penalty points out of a maximum of eighty (80). This put us in twelfth position overall so, as a team, we were a little disappointed but knew that with twenty (20) points per section, we were capable of pulling it back in later rounds. Tricast Guru won the day with only eighteen (18) penalty points“. 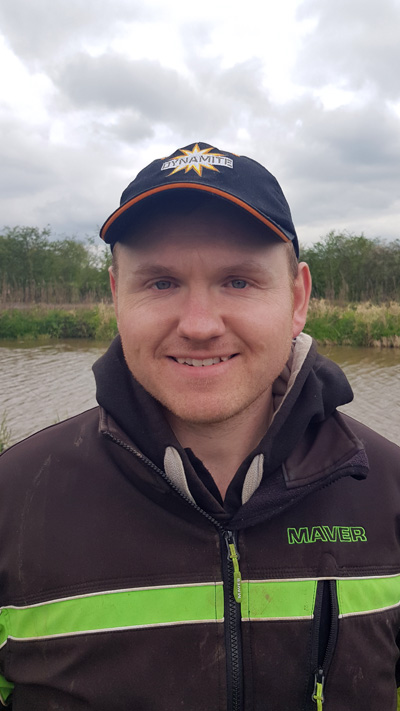 Alex Hulme produced a stand out performance during the 2nd round of the competition.

“This round was fished, again, in very cold conditions but still produced three weights over 100lb. As per the previous round, the team had a poor draw. Top performer for the team was Alex Hulme who managed to finish second in his section with 52lb from Match Lake peg 2. Alex’s performance was backed up by Phil Ashdown with 61lb earning the team seven (7) points from Bridge peg 11. The team ended with forty one (41) penalty points on the day for eleventh place, which put the team in tenth place overall after two rounds. Maver Midlands Bag ‘Em won the day with twenty three (23) points“.

“After two poor rounds the team couldn’t afford a third and with the match being fished in bitterly cold conditions, a good draw was needed. Thankfully, the team had a much better draw with each individual member returning single figure points, which was a credit to all concerned”.

“Antony King recorded eight (8) points finishing with 29lb from Canal peg 4, John Chapman returned six (6) points weighing in 30lb from Meadow peg 39, Alex Hulme contributed six (6) points with 33lb from Match Pool peg 13 and Phil Ashdown eight (8) points weighing in 35lb from Bridge peg 1. This meant the team had a much lower total score on the day of twenty seven (27) penalty points, which was good enough for third on the day with Leigh Tackle Matrix Dynamite winning with twenty three (23) points. The comeback had begun, and the team were now lying in seventh place overall“.

“Spring finally arrived for round four of the competition and, with Antony King on holiday, Jamie Jones was asked to take his place. With temperatures much higher than in previous rounds, the venue fished more consistently, but a good draw was still needed”.

“The team had three great pegs and one average peg for Jamie on Canal 30. He managed to catch 55lb for a healthy eleven (11) points and was backed up by John Chapman, who finished with three (3) points offering 130lb to the scales from Meadow peg 3. Alex Hulme returned five (5) points from Match Lake peg 19 with 78lb and Phil Ashdown put in a tremendous performance from peg 26 on Bridge to weigh in 143lb. The team won the day with a great total of twenty one (21) penalty points and moved up to fifth place overall“. 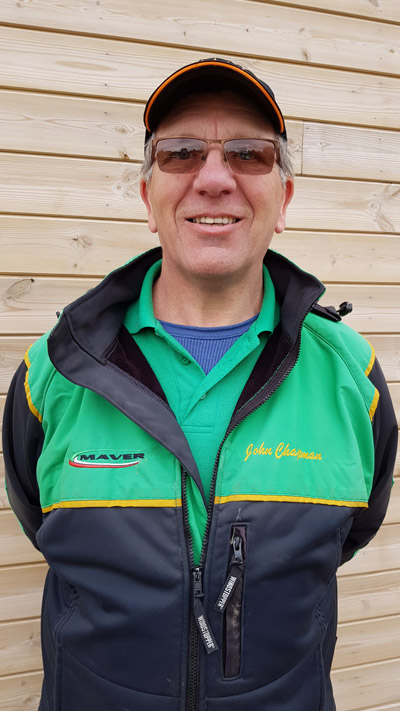 John Chapman helped the team along with a series of consistent performances throughout.

“Conditions for round five were, again, much warmer than in previous rounds with big weights needed to score. A draw on the prolific Match Lake was deemed essential to achieve low points with the other lakes expected not to be able to compete“.

“Total points for the day were nineteen (19) with Tricast Guru winning the day with twelve (12) points. This lifted the team into third place overall only twenty (20) points behind the leaders“.

“There were thirty (30) weights recorded over 100lb which just goes to show what a great venue Heronrbrook is and how competitive the league is“.

“With Match Lake enjoying great form, it was vital to try and place at least one angler on this lake at the draw! Fortunately for the team, it was Alex Hulme who managed to secure a place drawing Match Lake peg 26. The lake fished better than it ever has before with two weights over 300lb with the lake being won by James Howarth with a massive 322lb! Alex managed to catch 186lb, but only managed eight (8) points! Phil had another great match from Bridge peg 16 weighing in 130lb. However, the team had two poor draws including John Chapman, who was on Meadow peg 19 & Jamie Jones on peg 22 on Canal. John managed 109lb, which returned fourteen (14) points with Jamie putting in a ‘Man of the Match’ performance finishing the day with 113lb for a superb four (4) point score from an unfavoured area”.

“This gave the team thirty two (32) points on the day for sixth place with Maver Midlands (Mango) winning the day with ten (10) penalty points. Again, the standard of fishing was superb with forty two (42) weights recorded over 100lb! Over the six-round series, the team managed a cumulative one hundred and seventy five (175) point score to finish in third place overall, behind Maver Midlands (Mango). Well done to everyone involved“.