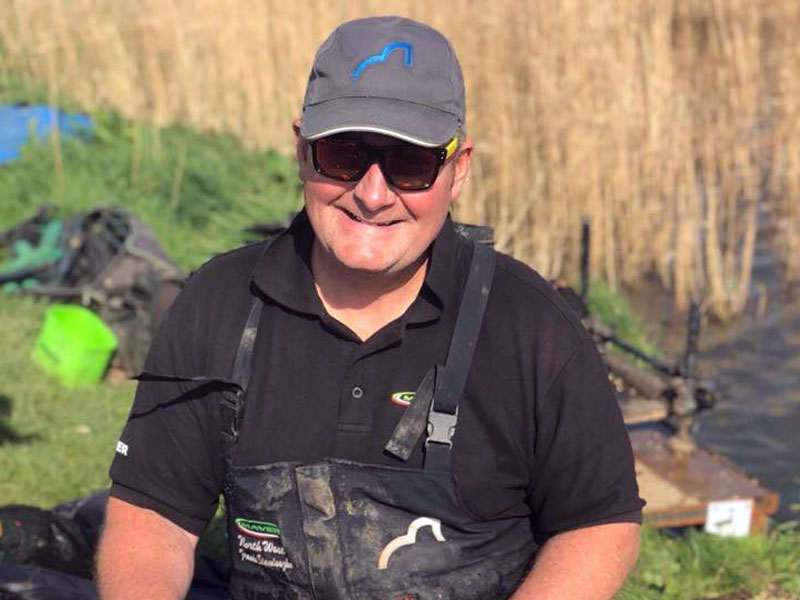 The fifth Fish O Mania XXV qualifier made its way Northwards to Lindholme Lakes, Doncaster with the one hundred and thirty four (134) competing anglers finally being met with some warmer weather. This brouht the resident carp and F1s up in the water with shallow pellet and caster tactics proving dominant on the day. Frantic sport resulted in the closest qualifier to date with at least 70lb needed to claim a section win and well over 100lb needed to finish in the mainframe. 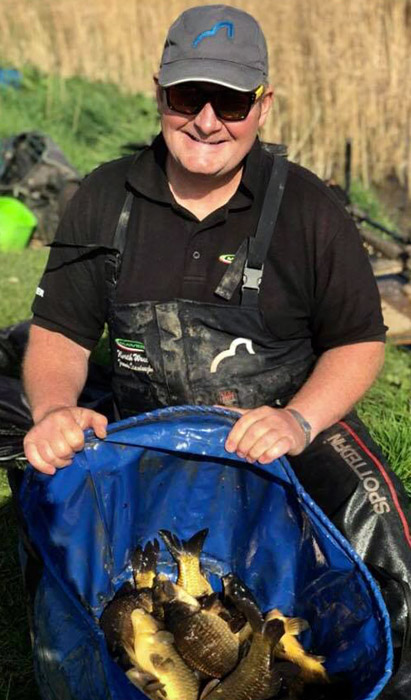 First on the day, and qualifying for the final in July, was Maver North West man, Franek Staniuszko. Franek drew corner peg 1 on Benny’s lake, and made the most of it with 155-01-00. Franek caught F1’s to 3lb on banded 6mm pellet throughout the match to book his place in the £50,000 Grand Final at Maver Hayfield Lakes.

“After having a walk around before the draw with good friend, Wayne Kearney, between us we predicted that peg 60 and pegs 1 – 5 on Benney’s would be good areas to draw with the wind blowing against the bank. Come the draw I managed to grab peg 1 and knew I had a chance! I’ve gone to my peg and, to my astonishment, Wayne was walking to peg 60 – we couldn’t believe it! To say I was a little concerned would be a polite way of putting it and I knew I would be up against it“.

“I told myself to just keep head down and keep things simple. I opted to for four (4) identical rigs to fish hard pellet on the deck and two rigs to fish shallow if the fish came up in the water with the peg being around 3ft deep, which is a little unusual for this lake. Come 11am and the all in was signalled. I started off feeding 4mm pellets with a banded 6mm on the hook and had a F1 first put in. After that, I never looked back, and continued to catch well for the next two hours“.

“By 1pm I had 100lb in the net, but then things slowed right up for me. I carried on plugging away for the next three hours alternating between my shallow and on the deck lines, still with hard pellets, but it was hard going. Come 4 O’clock and the all out was called. Despite the quiet spell midway through the match, I knew it was still going to be close“.

“I was first to weigh in Benny’s and had my weight confirmed at 155lb 1 oz. Because of how the scales went around the lake, Wayne was last on the lake to weigh on peg 60 and, by then, I was really feeling the pressure! After a tense few moments, Wayne weighed 155lb exactly, which meant I had done enough to top the field and make it through to this year’s final“!

“I was actually gutted for Wayne as he had landed a fish during the match estimated at 12lb, only to lose it while he was unhooking it because his landing net tore and the fish fell through and back in to the water! The luck was on my side this year after being pipped at the post at Partridge Lakes last year with a fish hooked on the whistle“.

From everyone at Maver, well done Franek!