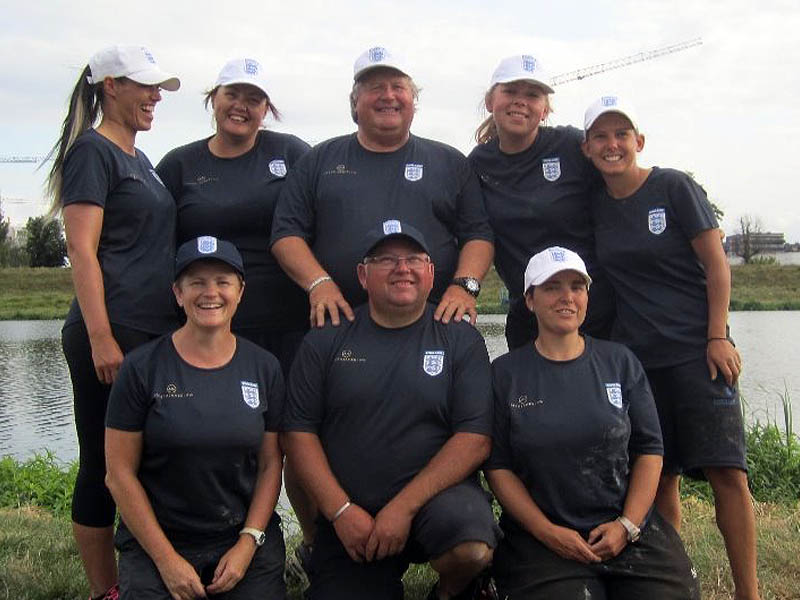 The England Ladies coarse fishing team are currently ranked number 2 in the World with three (3) anglers ranked inside the top twenty five (25) individuals! Yet, despite this, the team are not currently funded, which sees the team having to arrange numerous fundraising events in order to generate the funds needed in order to attend all major events. Earlier this year the team were able to secure sponsorship from Joseph James Law, who very kindly provide the England Ladies team with their clothing, but the money needed to fund International appearances has to be generated by the team itself.

This year, the England Ladies team are planning to attend the 2019 World Games in South Africa, which will be taking place in February. Given the distance the team will be required to travel in order to take part, Emma Pickering and the remainder of the team are hard at work in a bid to raise the necessary finances. To this end, Maver Hayfield Lakes recently hosted an England Ladies fundraiser event, which saw fifty eight (58) anglers fish a pairs match across the entire complex.

Below, event organiser and England Ladies former World Champion, Emma Pickering and Andy Kinder reflect on what was a great event, which helped raise over £1,000 towards helping see the team on their way to South Africa next year! 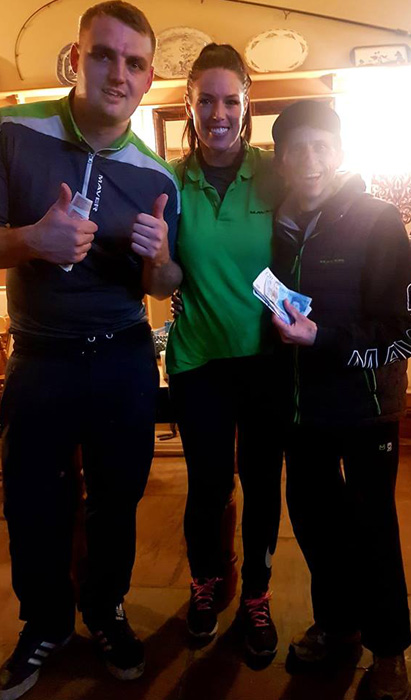 “It’s been an awesome day with twenty nine (29) pairs turning up and supporting the event. The fishing on the day was quite difficult with some good areas and some hard areas, but overall it was a great match“.

“It was a good one for me personally. I drew peg 29 on Adams and decided to set up a bomb and method as well as the pole at 13 metres. It was an out and out pellet day pinging over both lines. I had the majority of my fish on the pole using 8-11 Maver dual core. I really do love this elastic and managed fish to 9lb”.

“I ended the match with eleven (11) carp, one (1) carassio and a lone skimmer for 83-07-00, which was enough to win the match and put me and partner Paul Wright 2nd in the pairs, narrowly missing out on overall victory by just 14oz“.

“The top three places overall were close and we were able to raise £1,028.00 for the ladies team, which is absolutely amazing! I can’t thank everyone enough“.

“Thank you to everyone at the fishery for their help throughout the day. Thank you again to everyone who came and also bought raffle tickets. Some anglers even donated their winnings from the day, which was fantastic“!

“I like to try and support events such as these as often as I can with this latest event at Maver Hayfield being no exception. With it being a pairs event, my partner in crime for the day was Graeme Wall. I drew Island peg 55 whilst Graeme drew peg 22 on Adam’s lake“.

“Fishing wise, it was a really stange day with lots of carp showing, but not willing to feed? I managed a single carp on the waggler, but try as I might, I couldn’t get another bite on it. I managed to find five (5) more carp and three (3) skimmers on the method feeder casting round my peg to end the match with 43lb. Partner, Graeme, fished really well to end the match with 67lb, which gave us a cumulative weight of 110lb to win the pairs event overall“!

“Well done Emma on a great day and for raising over £1,000 for the girls to go to South Africa in February“.