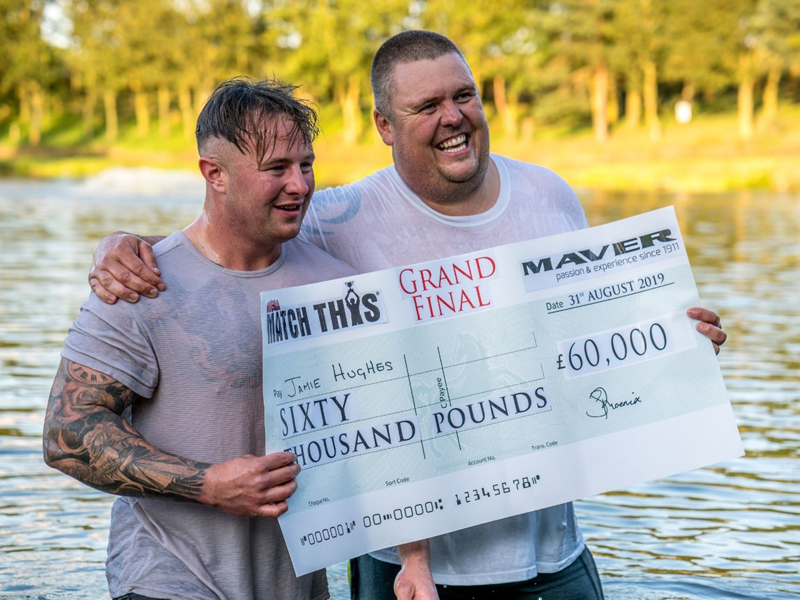 Saturday August 31st witnessed the ninth annual Mega Match This Grand Final at the Wembley of match fishing that is MAVER HAYFIELD LAKES, Doncaster. This was the culmination of twenty-four qualifying rounds held at some of the top commercial fisheries up and down the country beginning back at the end of March at The Glebe Fishery in Leicestershire and finishing at the Cambridgeshire mecca that is Decoy Lakes. With twenty-two of the twenty-four qualifying matches needing over a ton of fish to win, this year’s qualifying campaign saw the 2018 record of 358lbs 4ozs set by Craig Ebbrell broken by Chris Barley with 363lbs 15ozs at Decoy Lakes on 5th June.

As in previous years, the draw for pegs took place the night before the match during a special gala evening event staged at the onsite Hayfield Fishing and Shooting Lodge with all competing finalists and their guests enjoying an all expenses paid evening meal and drinks. On completion of the draw many of the competing anglers were still none the wiser as to who they felt would be crowned Champion, such is the quality of the fishing on Island Lake where the winner could come from anywhere as had been shown in previous years. The weather forecast for the day was cloudy, very windy and with the potential for some rain showers in the afternoon and with the wind blowing into the low numbers, where it had been for a couple of days, some fancied these to produce.

It was at this stage in the proceedings that the focus of attention switched to Jamie Hughes who, having got off to a slow start fishing short and then long at 14 metres, switched from the long pole, due to the wind, onto his bomb line at 25 metres where he had been feeding 8mm pellets. The response was almost instant with him netting 6 fish in as many casts, using single and double 8mm banded pellet, which put him into serious contention, closely followed by Craig Edmunds (Peg 9) and Kristian Jones (Peg 19).

It had now become a 3 peg battle between these anglers, with each of them netting fish in the last hour and it became increasingly difficult to decide who, out of these 3 anglers, was going to be crowned 2019 #MMT Champion. It was now down to the weigh in to decide who had done enough to take home the £60,000 cheque and anglings most iconic trophy. 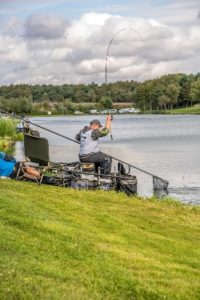 First of the three main contenders to weigh was Craig Edmunds (Peg 9) who tipped the scales at 53.025kg, which many thought was enough, although Craig felt that Jamie had more. Next of the three to weigh was Jamie Hughes (Peg 11) who tipped the scales at 56.800kg which, as Craig had thought, put him in front. It was now down to a long walk and a fairly long wait to see if the third of the main contenders, Kristian Jones (Peg 19) could top Jamie’s weight.At the weigh in Kristian tipped the scales at 48.600kg which meant that Jamie Hughes was victorious and was the 2019 #MMT Champion. 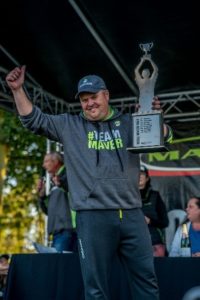 After being confirmed Ninth MMT Champion and cementing his place in angling history Jamie commented:

‘This is the one I have always wanted, ever since the competition started nine years ago and it has eluded me until today. I now have my name, along with other great anglers on the trophy and will be back next year to try and qualify to defend the title. It’s a fantastic competition’.