Maver MK Through To AT Winter League Final 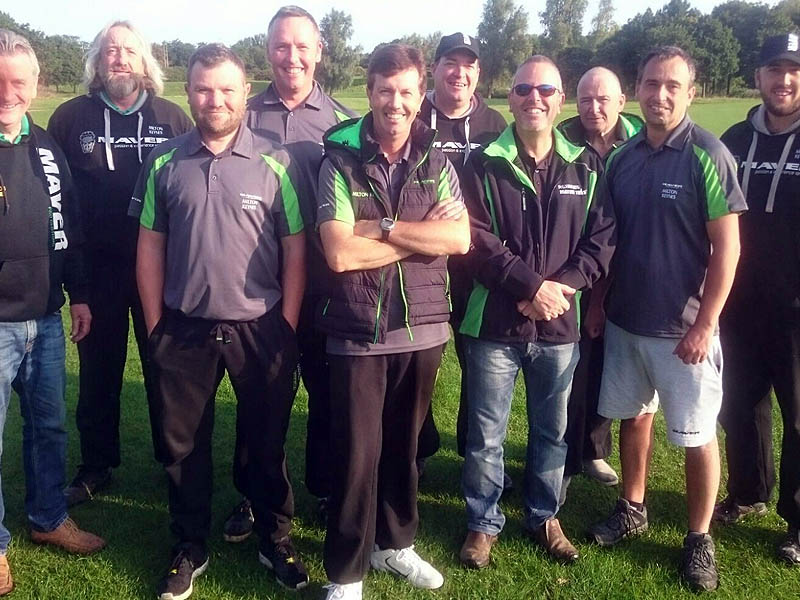 Ian Smith’s Maver-backed Milton Keynes squad have made it through to the Angling Trust Winter League Final in a last minute dramatic finish in the Castle Ashby Winter League series.

The league, which sees eighty one (81) anglers (nine teams of nine) go head to head over a gruelling six (6) round series between October and December, produced an extremely close finale with Ian Smith and his men qualifying for next year’s Angling Trust Winter League Final by just a single point thanks largely to a superb final round performance.

Maver Milton Keynes have now qualified for the Angling Trust Winter League final twice having made their debut back in 2015. The final will take place on 24th February 2018 split between Peterborough’s Decoy Lakes and the Fenland Drains.

Team Captain, Ian Smith, reflects on a fantastic sixth and final round performance below: 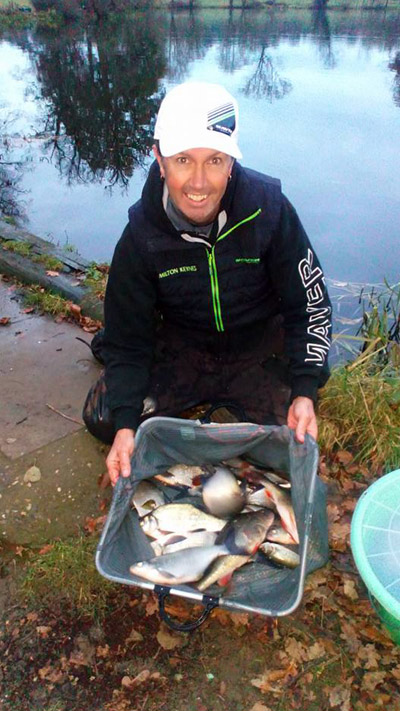 “Going into the final round of the series we were one point behind leaders Royal Mail – a crack team of local experts headed by Guru’s Andy Pell – and with Oakwood Angling and Drennan RAF just behind us, it was all to play for. Preston Blackhorse were in first place and couldn’t be caught by this time, but with the top two teams going through to the Final, it was extremely important to do well on the final round“!

“After drawing, at first glance some of our pegs were a little worrying to say the least; Roger Clutton was at the shallow end of his lake (not good) and my own was a peg that had come last in section in nearly every previous round! Elsewhere we had reasonable draws, but we were ultra determined to win“.

“Well, Roger did well to finish fourth and, miraculously, I managed a section win fishing the feeder for skimmers using my trusty Maver 10′ 6″ Reactorlite rod“.

“This rod is perfect for short chucks and soft mouthed skimmers – most of the team own one of these excellent rods“.

“Incredibly, we had a 1st, four 2nds, three 3rds and Roger’s 4th to win comfortably on the day! Royal Mail finished third on the day, which meant we went through by just a single point! A competitive league, which is always fished in good spirits“.

“Castle Ashby is a venue that we have traditionally done very well at. With the skimmers and bream showing a willingness to feed as well as they did on the final round, it gave the team a real chance to capitalise on this with our feeder approach giving us the edge over other teams favouring the pole I feel. Having missed out on last year’s final, I feel the team really derserved this and our attention is now firmly fixed on the final“.

“We look forward to representing Maver in the Final and will be practising hard to give a good account of ourselves come the day“!