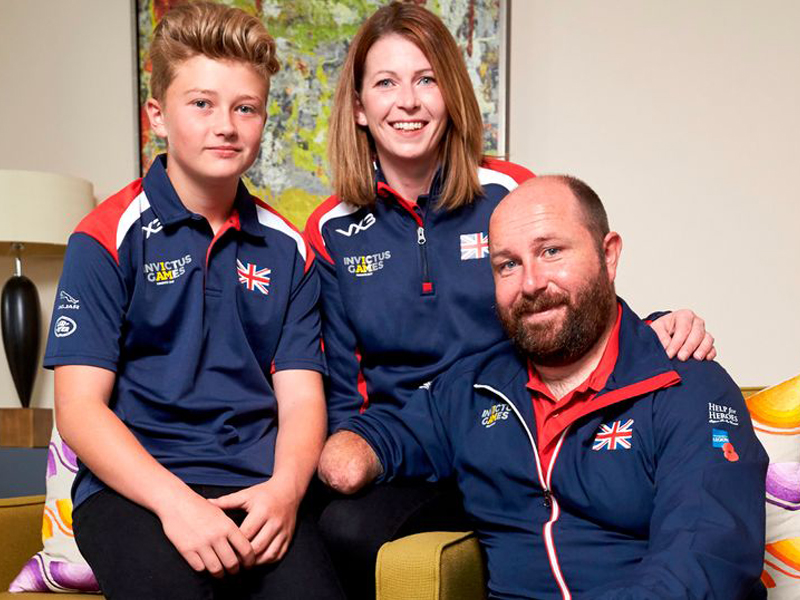 Dave Watson will soon return home from his first Invictus Games having won Gold for his country!

Dave flew out to Toronto on September 21st with Team GB to compete in both shot put and discus events confident of winning a medal. However, to win two medals, one of which being gold, we think surpassed even Dave’s high expectations.

The IF6 shot put event was held on September 23rd with Dave managing to throw 6.81m to take the bronze and secure his first medal of the games finishing just 40cm shy of a silver medal.

The following day saw Dave compete in the IF6 discus where he threw a massive 21.52m to secure gold and confirm his second medal within the space of twenty four hours beating fellow Team GB and Manchester-based Lamin Manneh by 87 centimetres.

Shortly after winning his gold medal, Dave commented: “The event has been absolutely fantastic. It’s the biggest stage I’ve ever competed on since starting the sport. The atmosphere and the banter between the different competitors is fantastic“.

Dave went on to say “Having a gold medal shows how much hard work I’ve put in all year and to get this far and have a bronze medal as well, I can’t ask for any more“.

Dave narrowly missed out on last year’s Games held in Orlando and, since then, has worked tirelessly to make the grade this year receiving confirmation that he’d made the team heading out to Toronto earlier in the year.

Dave has competed in both shot put and discus events up and down the country for around six years with his appearance in this year’s Invictus Games representing a culmination of personal and professional achievement.

From everyone at Maver, a huge congratulations Dave! A true inspiration to so many people.