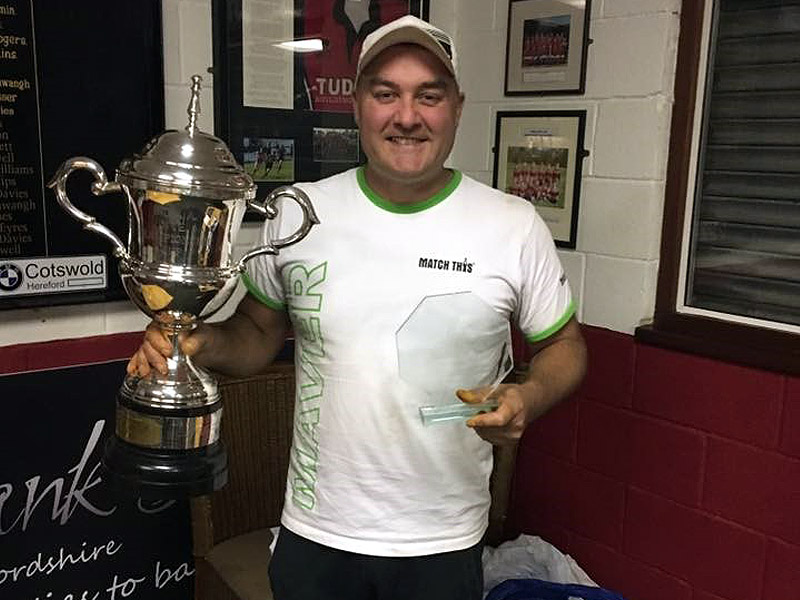 The event has been kind to Lee over the years seeing him record a record 316lb of chub back in 2007. Lee has also won the event previously and was hopeful of winning the event for a second time pending a decent draw. “I was pegged at Bartonsham Farm on peg 77, which is the peg above the famous Polish camp swim. My peg was around 5ft deep, shallowing up as you went down the peg, and was quite pacey due to the extra water. I decided to set up three of the prototype Signature Pro river rods at 13′,14′ and 16′. On these were a 6 gram waggler for dragging line on the bottom, a 5 gram for fishing off the bottom and a 6 gram Signature bolo overshotted on the 15′ rod. I also decided to set up a feeder just in case things didn’t go according to plan and I needed to fall back on something“.

“Tackle wise, I used the new MVR carp feeder. I opted for this with durability in mind as well as the line boasting a fantastic strength to diameter ratio, which is awesome. I sprayed this up with line floatant to achieve the best presentation possible. Hooklength material was, again, MVR in 0.16mm diameter. Hook choice were size 16 and 14 Maver katanas. Bait wise, I took 14 pints of maggot, 8 pints of quality hemp and 6 pints of caster“.

“I started off feeding hemp and maggots as far across the river as I could. After a couple of casts, I started to pick off small chub in the 6-8oz range. This continued for the first two hours of the match as well as a couple of surprise Grayling before it all went quiet on me – the peg just shut down“.

“Eventually, I connected with my first big chub right at the end of the run. The fish kited into the near side trees that were in the water and I lost it! This happened once more over the course of the day so every big chub I hooked was played very hard to get them on the bank. I managed to pull out of only one fish doing this“.

“By regularly feeding maggot with each run through the swim, the chub gradually came off the bottom and began intercepting the bait falling through the water. I started to catch on the shallow rig with two maggots being the best bait on the day“.

“As the clocks went back, I was hoping for a bonanza in the last hour of the match as the light was fading a little, but unfortunately, it didn’t happen. In the end, I had four (4) chub in this period with only two (2) of them being of a decent size. I didn’t end up feeding a massive amount – probably around 8 pints of maggot and 4 pints of hemp“.

“I weighed in 71lb 8oz, which I totally underestimated! I thought I’d frame with that but, as the ‘Carrots’ section is a salmon beat and doesn’t get fished until this event, it usually produces the winner and most of the remaining frame – but not this year. My Dorking team mate Paul Bick came out on top there with 50lb, which was 3rd overall“.

“Upon arriving back at HQ, I realised I’d won for the event for a second time, which I was over the moon with as I don’t often fish the event due to date clashes“.

“With the River Fest Final in three weeks, it looks like the dace are arriving at Belmont! Good friend Hadrian Whittle had 48lb of them from a not so good area, so it’s looking good“!

“On a separate note, I have to mention the new Signature Pro rods which I have been working on and trialling recently. I used 15′ Signature Pro to win the recent River Fest qualifier on the River Wye with 38lb of dace and the 13′ & 14′ Signature Pro’s to win the Wye Championship today with chub. Just goes to show just how versatile these rods are! Look out for them in shops soon“!