Silver For Maver NW in AT Commercial National 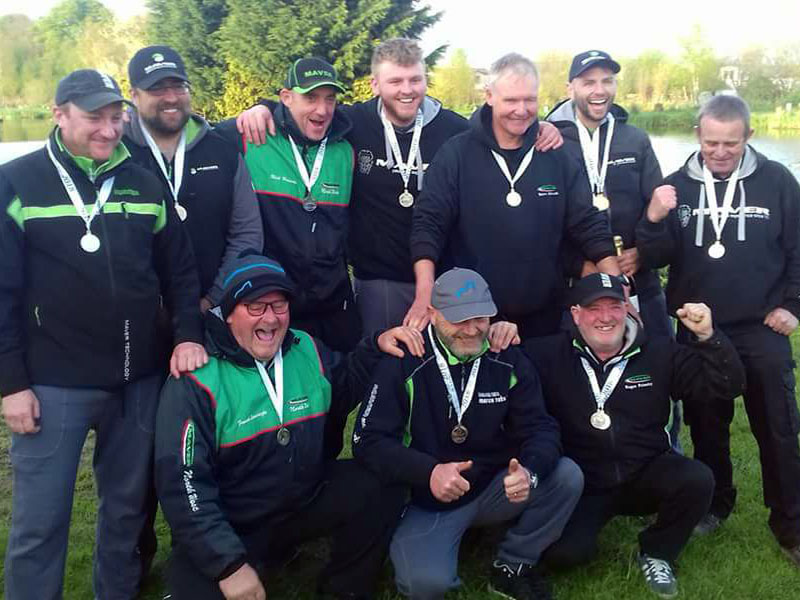 Saturday 28th April marked the annual Team Commercial Stillwater National Championship ran and organised by the Angling Trust. This year’s event was held across two venues in Lindholme Lakes and Woodhouse Grand Fishery with twenty six (26) teams of ten (10) anglers taking part. Teams were divided across seven (7) sections at Lindholme Lakes and three (3) sections at Woodhouse Grange Fisheries with individual scores from both venues contributing to an overall team score.

The event is regarded by many as one of the major events in the team fishing calendar today and, as such, is well attended by some of the country’s best teams representing the biggest names in the sport.

This year saw three (3) Maver-backed teams enter with teams from Maver North West, Maver Gold and Maver Harescombe competing for the £2,500 winner’s purse. Out of the three teams that entered, it was in-form Maver North West who shone brightest with a superb second place finish, just five (5) points behind overall winners, Lindholme Elite with Maver Gold also finishing inside the top ten.

Below, select members of the team reflect on what was a very successful outting, which also saw team member Josh Turbill receive individual gold.

Roger Priestley, Peg 3, Laurels
“Well what a day! Franek Staniuszko did the draw in light of Peter Duffy not being available and, within a few minutes, realised that we needed to take care that all our anglers knew where they were going matching the ticket peg number with the permanent peg number“.

“I was given peg 3 on Laurels and had the wind off my back so was initially a little deflated. I started on soft expanders short catching a few before resorting to chasing fish about the peg with 4mm hard pellet, which produced a good run of fish until I got snagged up. This, unfortunately, set me back around forty five minutes, after which time the fish eventyally came back, but it wasn’t the same“.

“I then decided to move to my edge line and fished to the next pallet with corn over groundbait. This produced a good run of F1’s for me to end the match with 44 kilos, which was good enough for a lake win and individual fourth place overall, which I was really pleased with“.

“The team overall gave a stella performance narrowly beaten by the venue experts and a top set of anglers managed by Neil Grantham. Thanks go to Lindholme Lakes for their hospitality and to the Angling Trust for organising the event“.

“The cold snap and rain seemed to knock the fishing and the whole lake. I struggled to put much together really. I had a mixture of carp and small F1’s mainly on the long pole pinging pellets plus a few fish on the bomb and pellet for just oer 18 kilos, which was enough for a section win“.

“I was more than happy with my draw with there being a good amount of room around the area. I started long on pellet feeding negatively for bites whilst also priming a 8m maggot line“.

“The long pellet line was a waste of time with only one F1 coming to it during the first fifty minutes of the match. The lake in general fished hard and I finished the match with just short of 28kg with 13kg of it being made up of small chub. This was enough to secure third place in my thirteen (13) man section, getting beat for second place by just over a kilo“.

“I drew peg 39 on Loco, which was not a particularly good draw. I started on hard pellet, which produced nothing before switching to worms, which produced two small skimmers, a couple of roach and three small F1s – I was going nowhere fast! I’d been pinging 6mm pellets at approx. 25 metres all day and had a look at various stages throughout the day but, unfortunately, this line also failed to produce. With an hour to go, I decided to fish a bomb, which produced a late run of fish, which saw me climb from a certain last in section up to fourth place with a final weight of 12kg 625g“. 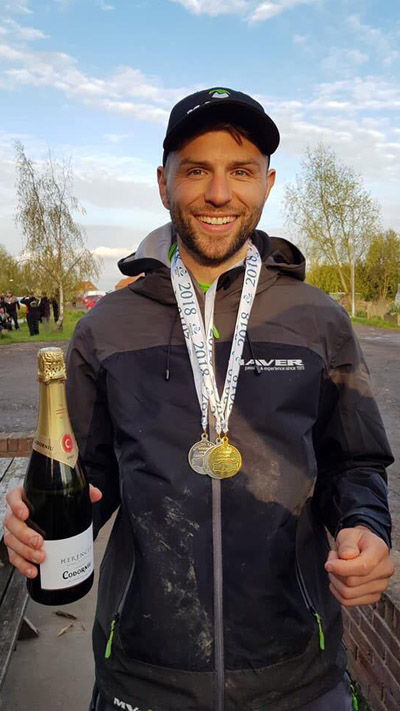 It was a particularly memorable occasion for Josh Turbill who received team silver and individual gold.

“I started the match short on a top kit + two in 4ft of water feeding balls of micro pellets offering a 4.5mm expander on the hook. I got off to a great start managing seven (7) fish in my first seven (7) chucks, but then foul hooked two (2), so switched to hard 4mm pellets with a banded 4mm pellet on the hook on a lighter strung out rig. Again, however, this resulted in foul hooked fished, so I decided to come shorter still on a top kit + one in 3ft of water and go back on the micros with an expander on the hook“.

“I caught steadily throughout the match rotating a number my lines before catching on a jigger rig at 13 metres“.

“During the last hour, I caught a few better stamp F1s down the edge on corn over groundbait. Rigs used on both lines incorporated the MV-R Series 4 float with a size 14 hook. I didn’t really get into any sort of serious rhythm at any point, but managed to catch steadily for most of the match“.

“I’ve ended up with 52 kilos, which suprisingly won the event overall. The team also did really well finishing second overall, which is an amazing result given the quality of opposition. Full credit to the Lindholme team on the win – they really are a top bunch of anglers“.

Overall, the team put in a fantastic performance recording a total of four (4) section wins, a third in section, two (2) fourth in sections, an eighth place finish as well as a tenth place and twelfth place. This was enough to secure the team a second place finish overall with Josh Turbill winning the individual gold.

This latest achievement adds to what has been an impressive year already for the team. So far this year, the team have also won the Angling Trust Winter league final and have anglers in both the Maver Match This and Fish O Mania finals.

“A big thank you goes out to our sponsors Maver UK for the new clothing and luggage, to Spotted Fin for the bait, and to Neil and Aaron at Lindholme Lakes“.