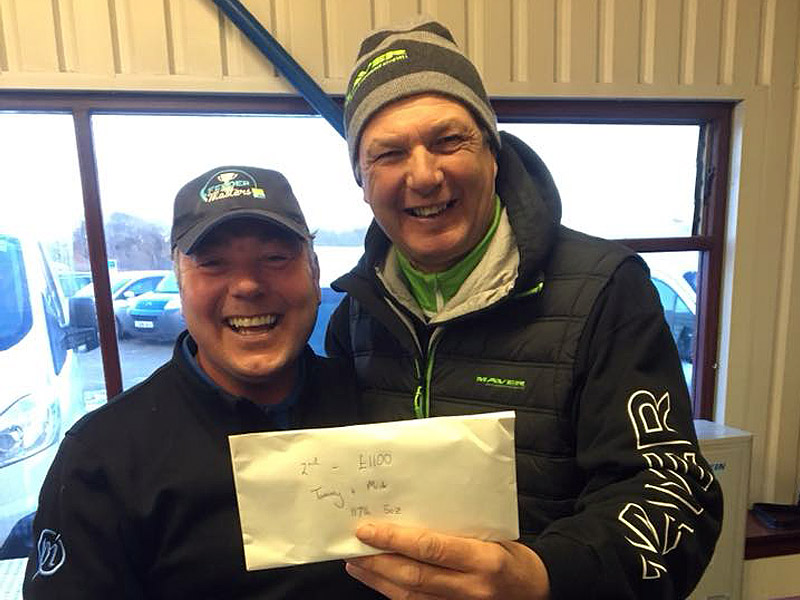 The 2017 – 2018 Preston / Sonu Baits Feeder Masters pairs event came to a very cold conclusion on Sunday 11th February after six gruelling rounds fished in some of the worst winter conditions seen for a long time.

Sixty (60) anglers battled it out on this feeder-only event hosted at the popular Hallcroft Fishery complex in Retford, Nottinghamshire. The event started back on November 12th 2017 and finished on February 11th after a short break mid campaign to allow for the Christmas holidays. Thanks largely to the standard of fishing produced by the venue and the calibre of angler this new event attracted, there were plenty of twists and turns along the way leading ultimately to an incredibly close finish with very little separating the top ten prizes.

For Tommy Pickering, it was very much an event of two halves; not only because of the fishing, which to begin with saw Tommy and partner Mick Vials a little off the pace by their standards after the opening three rounds; but also because of a change of direction for Tommy midway through the competition in a move which saw him leave Preston Innovations and start again with Maver (UK) – team blue had evolved into team green and blue!

Fortunately, neither of the above impacted on the final result with both Tommy and Mick putting together a string of great performances, which saw the pair climb from fourth place up into runners up position with a final cumulative weight over six rounds of 117lbs 5oz. Unfortunately, this wasn’t enough to topple league leaders Lee Kerry and Will Freeman, who ended the competition with 131lbs 9oz to take the winners purse of £1,500.

Below, Tommy reflects on a final round performance which confirmed his and Mick’s second place finish and a £1,100 pay day for the two. 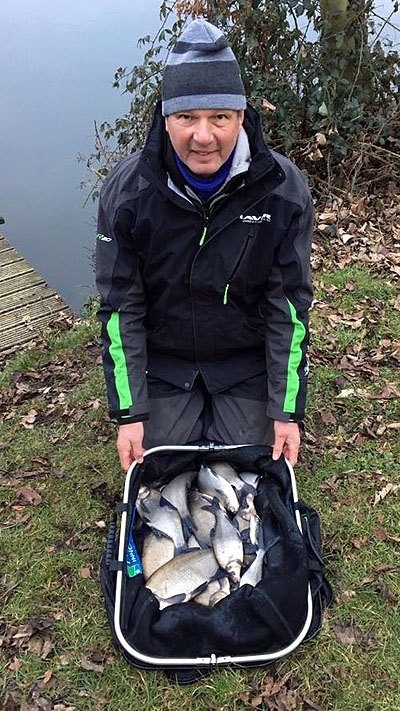 “Team green and blue were second going into this final round and, given the fact we were trailing by over six pounds, we needed a good draw. Unfortunately, we didn’t get it really. I drew peg 3 on Croft and Mick was on Moat (outer) on peg 94. Both pegs were ok, but not where we would have chosen.”

“My plan was to start with eight (8) big feeder fulls at 14m with joker and pinky and start at 25m to try and catch what I could for the first three hours. Well, after two and a half hours I had eight (8) little skimmers for around two pound, so decided to go on my short line. At this point, I thought my match was about to get a lot more interesting with a decent skimmer of around two pound gracing the net first cast! This was then followed by another skimmer of around a pound, then another and thought here we go“!

“Just as quickly as it had picked up for me though, I then caught nothing after those initial three fish, but kept getting indications. With half an hour to go I hooked a carp of about ten pound, which in the match only counted as a pound, so that was the problem – the carp had moved in and unsettled the bream“.

“After the rogue carp, I managed one more pound plus fish and lost another. Unfortunately, they had come back a little too late and I weighed in 9-12. Mick fished a brilliant match and finished the day with 10 pound odd“.

“Unfortunately for Mick and me, a joint effort of just over twenty pound wasn’t enough to catch Lee and Will, but we managed to secure our second place overall, so I felt it was the best we could have done to be honest given the rest of the results“.

“Well done to Will Freeman and Lee Kerry for winning overall and a massive thanks to Lee for running the event. He really is doing an awesome job for match fishing in general and it was a fantastic series. I hope Lee decides to run it again next year as I’ve really enjoyed it“.

“No sooner has the league come to an end I’m now getting ready for the Iberian Masters in Spain, which starts in a couple of weeks. Cannot wait“!