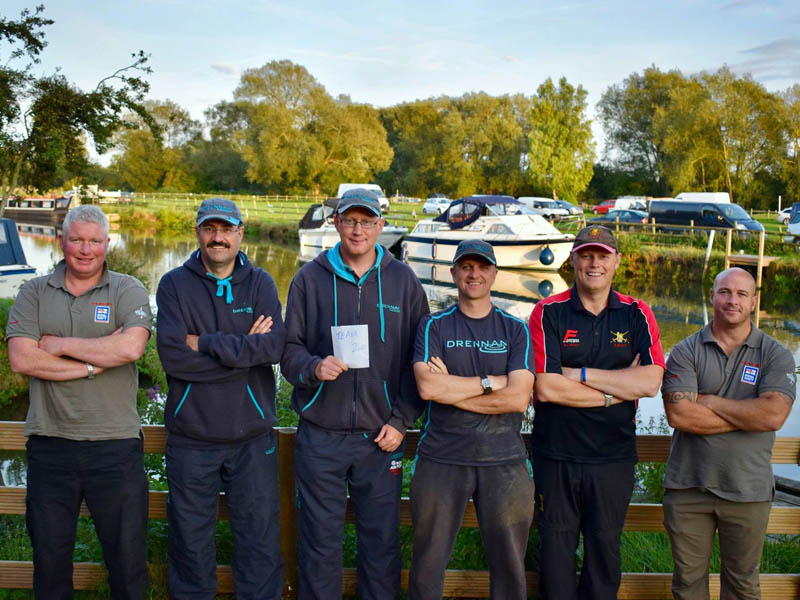 The UK Armed Forces entered two teams, including four (4) Maver Royal Navy anglers, into the annual Thames Angling Championships held on 17th September. Led by Welsh International Wg Cdr Andy Johnstone OBE, both teams were briefed to avoid being plagued by the small fish (minnows and very small chub) by fishing worms for perch and chub, and casters for roach. The primary tactics would be pole fishing with a float rod set up to search more of the swim.

The River Thames is relatively local to many RAF and Army anglers and well known by those selected. However, less familiar to the Royal Navy anglers, who made special effort to practise the river ahead of this match and also competed in Paul Glenfield’s Thames Festival.

The A team returned very impressive results that saw the UK AF team finish runners up agonisingly close to becoming Champions of an event that has run for over forty years and is competed by the best rivers teams in the country. The B team also performed well from the twenty three (23) teams entered by finishing in a very creditable 8th position.

The UK AF Captain, Andy Johnstone, was full of praise for the teams stating “This result proves that the UK Armed Forces Team is capable of competing and winning against the best civilian teams in the UK. I’ve spent years competing against the others Services and to now fish with them as team mates is a real pleasure“!

Above image used with kind permission from Ryan Gibson.