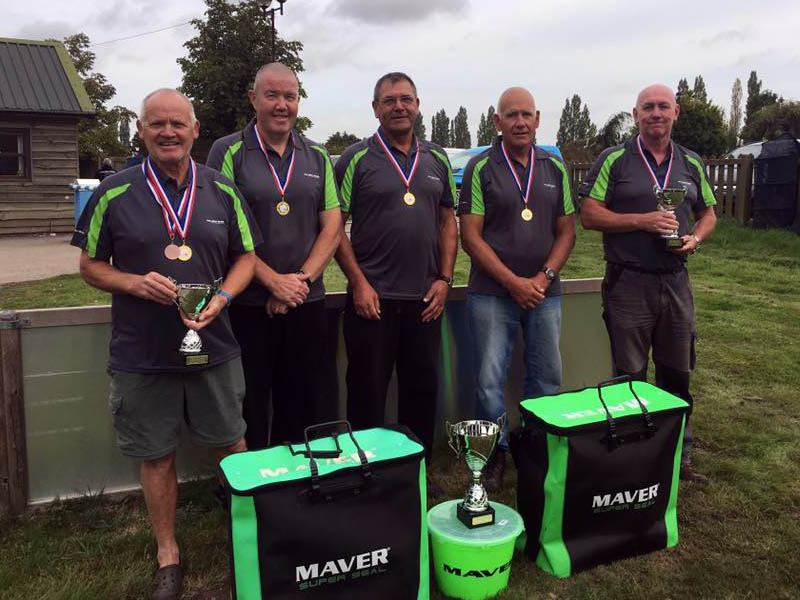 Five members of the Maver WMP team recently returned from competing in the European Police Angling Championships which this year was held in the UK.

The very experienced Dick Tranter, Mark Blackburn, Phil Croxford, Andy Cleaver and Bill Rutherford returned once again from a very successful trip with more than one trophy in the bag.

The competition, held over two days, saw both Regional and National teams from across Europe compete in two disciplines, rod & line and pole.

“After almost a week of practice, the team went into day one of the competition with caution as weights at some of the venues were very poor indeed and the luck of the draw certainly had a big say on the outcome of the match“.

“Day two needed everyone to be on their game to be in with a chance of any silverware. With everything to play for, the team, fishing to their own strengths returned to the match HQ with section points of one (1), two (2), two (2), three (3) and nine (9) giving a day’s total of seventeen (17) points“.

“To endorse the success of the team, Mark Blackburn was the individual Pole Champion with a weight of 64.800 kilos caught doing what he does best – fishing shallow“.

“Thanks to Maver for their continued support“.