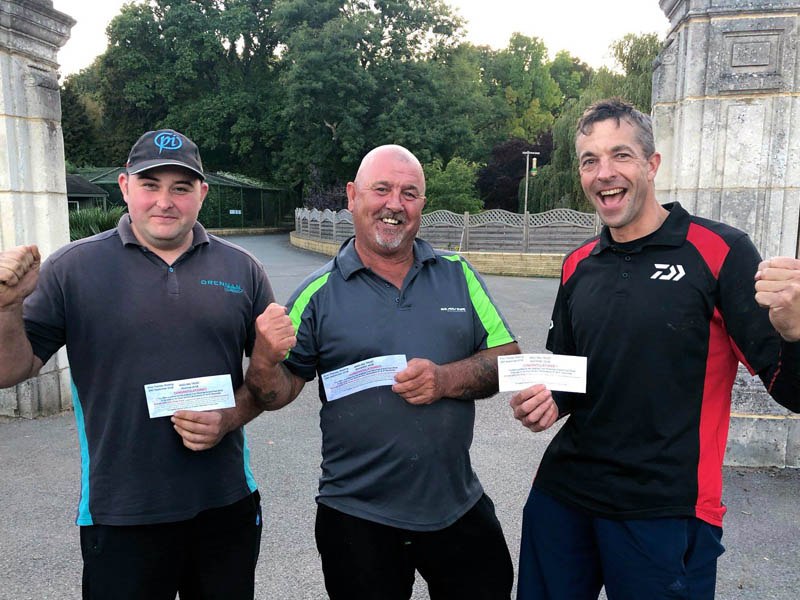 This year’s RiverFest event marked its first ever qualifier held on the River Thames at Reading with many expecting big weights. Sixty (60) anglers lined the banks of the Reading Fishing Club section located between Pangbourne and Goring, which produced some truly exceptional sport on the day with the top four anglers weighing in over 100lbs of bream each.

It was a day to remember for Maver Southeast rod, Barry Chapman, who not only qualified for the November final, but also recorded the highest ever qualifying weight in the competition’s seventeen year history with over 150lbs!

Below, Barry looks back on what was an unforgettable days fishing. 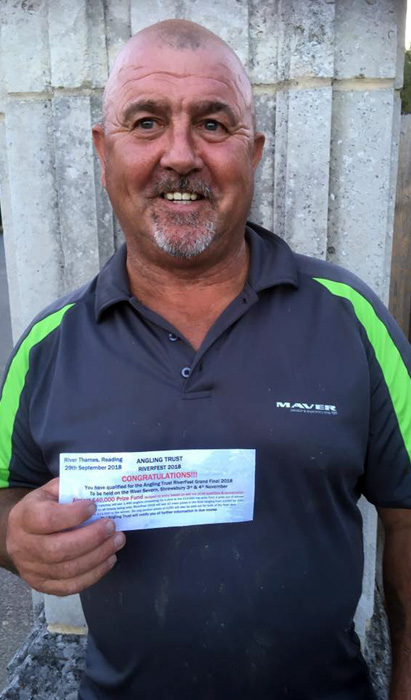 “Fished the RiverFest qualifier on the River Thames, reading and drew peg 34. I was told after the draw it was a good bream area and, after talking with some of the stewards, I decided on an all out bream approach“.

” I decided to set up two Maver Diamond Extreme 12ft distance rods with it being quite a chuck to where I planned on fishing. On the whistle, I fed twenty (20) feeder fulls of chopped worm, corn and casters mixed with Pro Natural groundbait”

“I was waiting for the peg to settle after the initial feed but first chich produced a bite from a very big fish, which tore downstream and broke my 0.16mm hooklength! Not the start I’d hoped for, but at least I knew there were some fish in front of me – and some decent ones“!

“A new hooklength and two casts later I managed my first bream. I caught two more big fish before I decided to change from a 14 hook to a larger size 10 with the view to fish a larger hook bait given the stamp of fish that appeared to be in the peg. I fished four redworms on the hook and continued to pick up bites for the remainder of the match to finish with twenty nine (29) big bream“.

“Upon the scales making their way round, my weight was confirmed at 156-14-00, which is not only one of the best days bream fishing I’ve ever had, but was also a new best top weight for the event as a whole in its seventeen year history“!

The Angling Trust Riverfest final this year will take place on the River Severn at Shrewsbury over the 3rd and 4th of November having moved from a five year stint on the Wye at Hereford.

The two-day event will be decided on total weight and fished by seventy two (72) anglers, each of whom will have previously topped their twenty (20) peg zone from one of twenty four (24) qualifiers held across the country.

Good luck in the final Barry!