Game On Down Under For Dave

It will be ‘Game On Down Under’ when Australia welcomes competitors and their family and friends for Invictus Games Sydney 2018.

Sydney will host five hundred (500) competitors and one thousans (1,000) family and friends from 20th-27th October. The Games will feature competition in eleven (11) sports with events being held across Greater Sydney, including Sydney Olympic Park and Sydney Harbour. 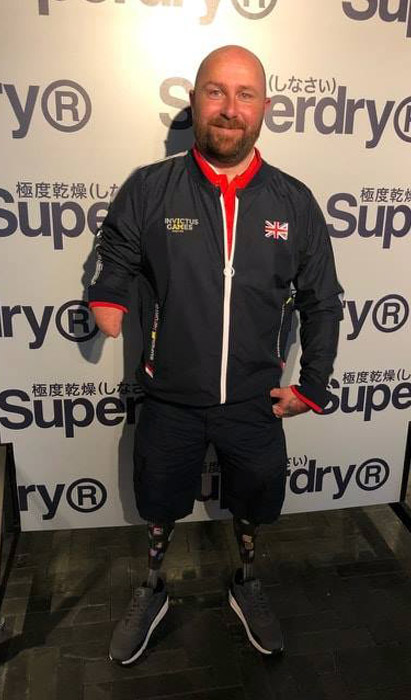 One of those five hundred (500) competitors is our own Dave Watson. After an unforgettable experience during last year’s Invictus Games, Dave returned home with both Bronze and Gold medals in shot put and discus respectively. Dave was selected to be a part of the 2018 team back in May of this year and will, once again, compete in shot put and discus events as well as, for the very first time, rowing.

The trip to Sydney this year with Team GB is a particularly poingnant one for the ex Preston North End man as it was where Dave underwent his radical transformation after he lost both legs and an arm in Afghanistan back in 2010. Despite suffering horrific life-changing injuries, his recovery appeared to be going well until a problem with his prosthetics set him back massively, restricting his mobility and confining him to a wheelchair.

An operation eighteen months ago, however, saw him regain the use of his prosthetic legs, and he has since gone on to achieve everything he has set out to do which has since helped him achieve what he has to date, including two Invictus Games!

Dave flew out to Sydney, Australia with the rest of the seventy one (71) strong Team GB on Monday and is hopeful of collecting yet more silverware to add to his already impressive collection. So much so, shortly after returning from this year’s Invictus Games, which conclude on October 27th, Dave also plans on training for the next paralympic games, which will take place in Tokyo, Japan in 2020.

From everyone at Maver (UK), the very best of luck Dave!