Great Start For Maver Man Down Under 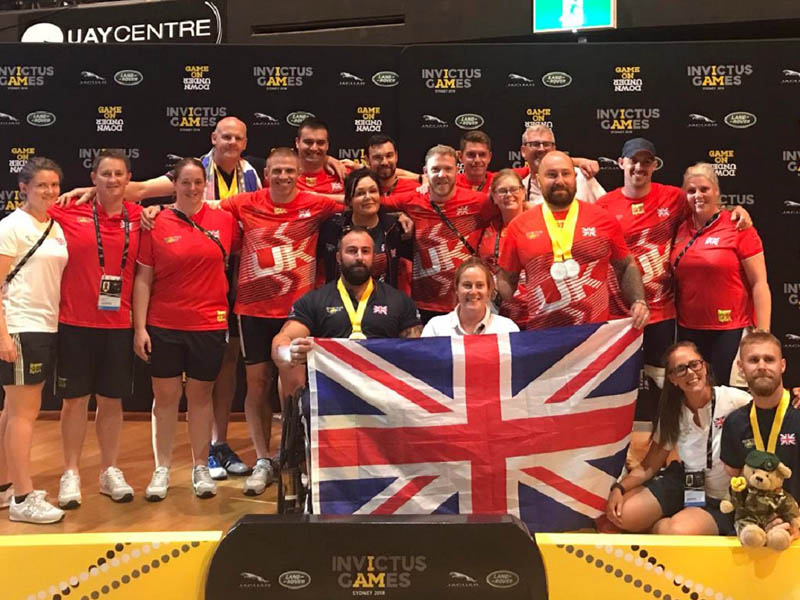 Team GB athletes achieved an impressive ten (10) indoor rowing medals at the Invictus Games in Sydney, Australia after the opening day of the competition. After months of preparation, twenty one (21) athletes competed in this year’s games first event at the Quay Centre – the event for most of this year’s games – all hopeful of securing medals in their respective classes. 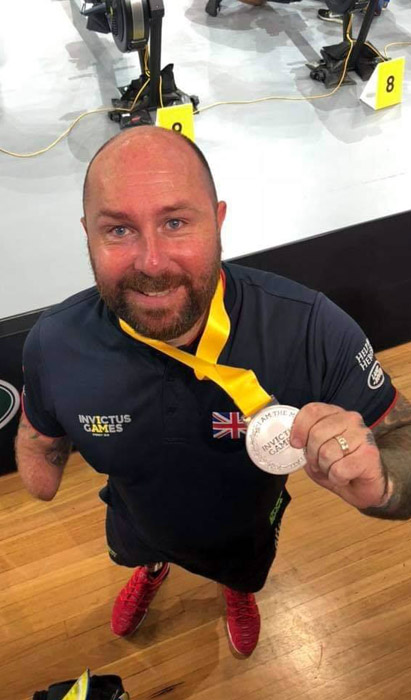 Dave Watson proudly shows off his two silver medals taken from the opening event of this year’s Invictus Games in Sydney, Australia

The rowers, which this year included our own Dave Watson, competed over a four minute individual endurance race and / or a one minute sprint event with competitors being ranked based on the distance covered.

There are six indoor rowing categories, IR1 to IR6 – IR1 is for triple amputees or those with complex trauma to three or more limbs, through to IR6 for those without a physical injury or minimal physical injury (i.e. Post Traumatic Stress Disorder (PTSD), brain injury etc.). IR2, IR4 and IR6 classifications mirror World Rowing’s Para-rowing classifications of PR1, PR2, and PR3 respectively.

After months of preparation and training, as well as support from Help for Heroes and British Rowing, Team GB put on a truly inspirational performance, which saw Dave Watson among others collect his first medals of this year’s games.

David Watson, who rowed his way to a silver medal in the IR1 one-minute sprint race and four-minute endurance race in his first ever attempt at the sport, said: “Rowing is a new sport for me and I found the experience brilliant. The competition and the atmosphere was amazing, the support pushed me to do my best. Winning silver topped off a great day.”

Dave now has a brief moment to recover before competing in Thursday’s Athletics event where he will be taking part in both shot put and discus events. During 2017’s Invictus Games, Dave threw 7m in the shot put to win the bronze before going on to win gold in the discus event with a massive 21.54m effort. Dave will be hopeful of more medals in his more familiar events.

From everyone at Maver (UK), the very best of luck Dave!