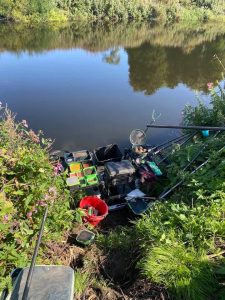 Eddie’s peg for the day

Maver’s very own natural water specialist Eddie Bridon decided to take his chance and travelled to Leeds to fish the qualifier, held on the Chapel Haddersley stretch of the River Aire.

The format for the competition sees an angler qualify by winning their ten (10) peg zone. They will then progress to the two-day Grand Final held on the Yorkshire Ouse below York later in the year. 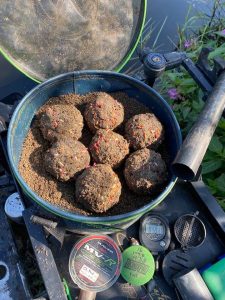 All ready to be balled in!

At the draw, the number forty-two (42) stuck to his hand, which put him on an end peg above the bridge. After quick phone call to Maver legend Denis White, Eddie raring to go, armed with quality information.

He’s started his match by balling in groundbait with particles at 12m, then continued to feed hemp and casters over the top.

This seemed to be the most successful method of fishing, as he’s managed to catch roach and perch in spells throughout the match, keeping his weight ticking over throughout the duration of the day. 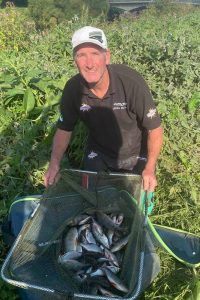 At the ‘all-out’, the weigh scales tipped 9lb 12oz, which gained Eddie that all important zone win, thus latching onto his golden ticket into the final!

Eddie now progresses into the Grand Final in November this year and is in with a chance of winning £5,000, along with the title of Northern River Masters champion!

Congratulations Eddie, from all at Maver, and we wish you the best of luck in the final!