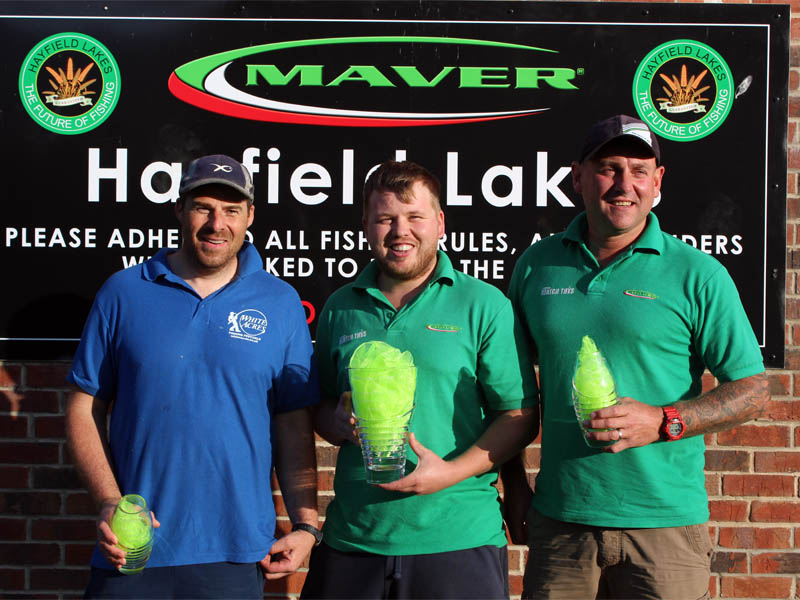 Sunday 19th August marked the eighth annual Maver British Pole Championship final, the third at Maver Hayfield Lakes. The event, which is held two weeks before the Maver Mega Match This Grand Final, sees the top three anglers from each of the twenty four (24) qualifier events held up and down the country go head to head in a bid to be crowned Maver British Pole Champion.

The event not only signifies the conclusion of what has been a fantastic qualifier campaign this year with all venues used producing some superb weights and extremely competitive matches, but also servers as an ideal opportunity for the twenty four (24) Grand finalists to practice in similar conditions to those of September’s main event, providing the draw places them on Island Lake.

Conditions for this year’s event were ideal with temperatures remaining warm despite plenty of cloud cover. However, a strong wind on the day did its best to hamper the efforts of some making fishing the pole at length difficult, depending on where anglers had drawn. The fifty three (53) competing anglers were pegged across the entire complex with three sections of six and two sections of five on Island lake and five sections of five on Adams. Pegging, as a result, was generous, which helped produce a competitive match with some fantastic weights being recorded, particularly from Island Lake, offering plenty of encouragement for the 2018 Mega Match This Grand Finalists. 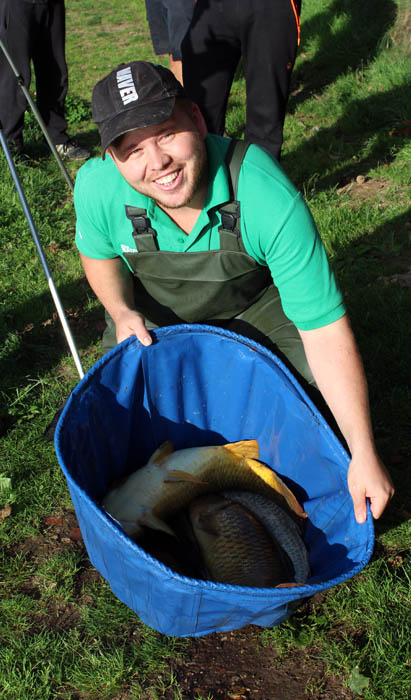 Winner on the day, and new Maver British Pole Champion, was Luke Bamford. The former 2016 Mega Match This finalist has had more than his fair share of narrow misses this year in qualifying for the final again having finished runner-up once before on a previous qualifier and third on two other separate occasions during this year’s qualifier stages.

Luke drew unfancied peg 47 on Island lake and opted to stick to his preferred method fishing paste short and long. Luke catch fish steadilly throughout the match, but really go into his stride during the final stages finding large fish in numbers up to 12lb to weigh in a superb winning weight of 184-10-00. Luke received an impressive trophy along with £400 for his efforts.

Finishing in second place from end peg 41 on Island Lake, and receiving £320, was Paul Burton (Angling World Holidays). Paul fished the majority of the match shallow offering 6mm pellet on the hook whilst feeding 6mm’s over the top to take an all carp catch with fish to 9lbs for a final 160-07-00.

Rounding off the 2018 Maver British Pole Championship top three finish and receiving £240 was Maver / Dynamite Baits man, Simon Skelton. Simon drew peg 21 on the opposite bank and offered pellet fished on the bottom both short and long to find carp to 7lbs with odd carrassio to offer 158-05-00 to the scales at the end of the five hours.

In all, another fantastic event hosted by Maver Hayfield Lakes which saw twenty (20) weights over 100lbs recorded with the top three anglers on the day all weighing in over 150lbs. The 2018 Maver Mega Match This Grand final is shaping up to be a superb event yet again with Island Lake producing some superb sport and twenty four (24) of the country’s top match anglers of the moment all in good form.

Thank you to this year’s competitors that took part and for helping make the 2018 event a success and thank you, once again, to Maver Hayfield Lakes.