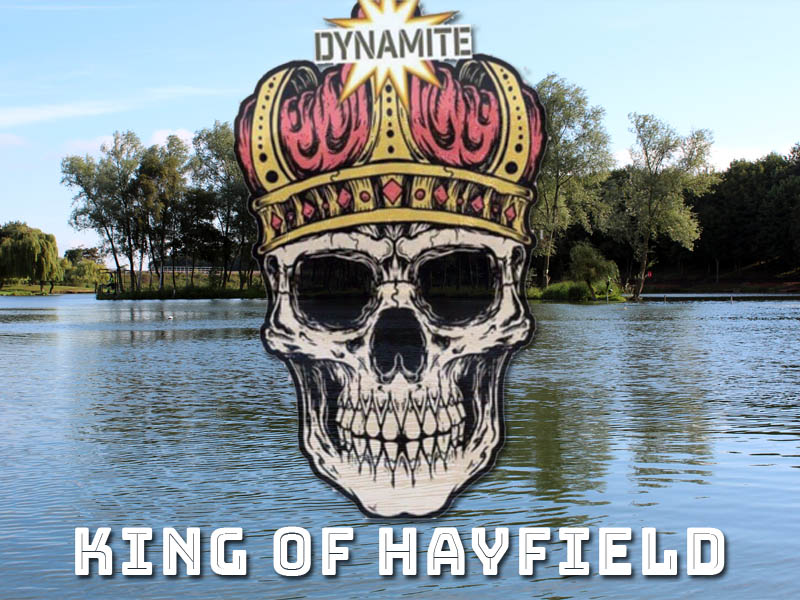 Current Mega Match This Champion David Burley finished in third place on the recent Dynamite Baits-backed King Of Hayfield festival fished at Maver Hayfield Lakes. The event, which was fished over three (3) days, saw fifty (50) anglers go head to head across Island lake, Little Adams and Big Adams in a bid to be crowned the ‘King of Hayfield’. The festival attracted some of country’s top commercial anglers, including defending Champion Andy Bailey as well as former World Champions!

Anglers competed for section points with weight becoming the differential factor in the event of a tie.

Below, Dave reflects on his three (3) days fishing at Maver Hayfield Lakes which saw him narrowly miss out on this year’s title. 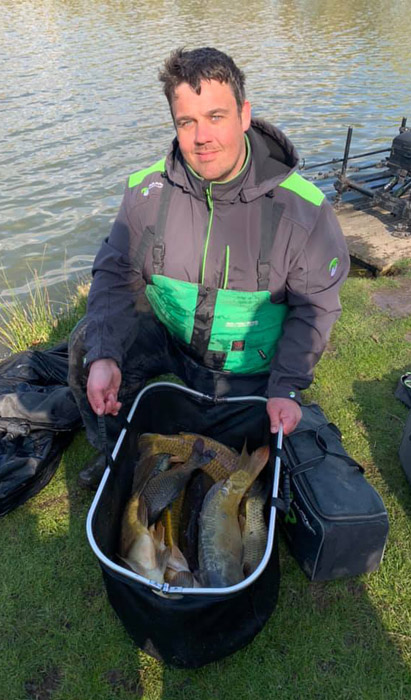 “The opening day of the festival and my drawing arm was in good form with me pulling out end peg 54 on Adams Lake. I fancied this for a few fish so I decided to set up long down the edge to fish corn over micros as well as a method feeder to chuck down into the corner. I also opted to set up a short line to fish hard pellets“.

“I started short where I managed to find a quick bonus carp, but nothing else after that. I decided to switch to the method which produced another carp and four (4) skimmers but again, things were proving slow to pick up? I didn’t give in safe in the knowledge that the fish can sometimes come late on in the match and, as it turned out, that’s exactly what happened. I ended up catching late in match down the edge to weigh in 98lb, which was good enough to finish second in the section behind fellow Hayfield regular, Steve Clegg“.

“The second day of the King Of Hayfield festival saw me rotate on to the Island lake and another end peg! I drew end peg 25 and needed a section win if I was to keep my hopes of staying in contention alive“.

“I started on the short pole, but after an uneventful thirty (30) minutes or so, I decided to switch to the waggler. I managed to pick up three (3) fish before the bites dried up. I then decided to chuck a method long where I caught the majority of my fish during the mid of the match. During the last twenty (20) minutes of the match I’ve caught six (6) fish short on hard pellets to end the match with 146lb and a section win! This was also good enough to finish second on the lake overall. Unlike the previous day, I couldn’t get a bite down the edge“!

“The final day of the festival saw me stationed on peg 23 on Island lake again. I set up the short pole and long pole to fish hard pellets as well as a waggler and, finally, a method feeder“.

“I started short again to see if I could snare a quick bonus fish, which I managed to do before switching to the method feeder. I managed to catch steady for the most part of the match on the method before mugging four (4) fish mid-match. I then ended the last hour short to weigh in 193lb to pick up the all important section win and managed to win the Island lake overall“.

“So, after three (3) days I ended on four (4) points, which put me in third place overall in the festival on weight count back (437lbs). Well done to Dale Shepherd on winning the festival with a perfect three (3) point score and well done also to Simon Skelton, who finished second, also with four (4) points, but had a superior weight“.

“It was a brilliant three (3) days. A big thank you to Dynamite Baits for sponsoring a well run festival at the mecca. Well done to all the winners and framers“.