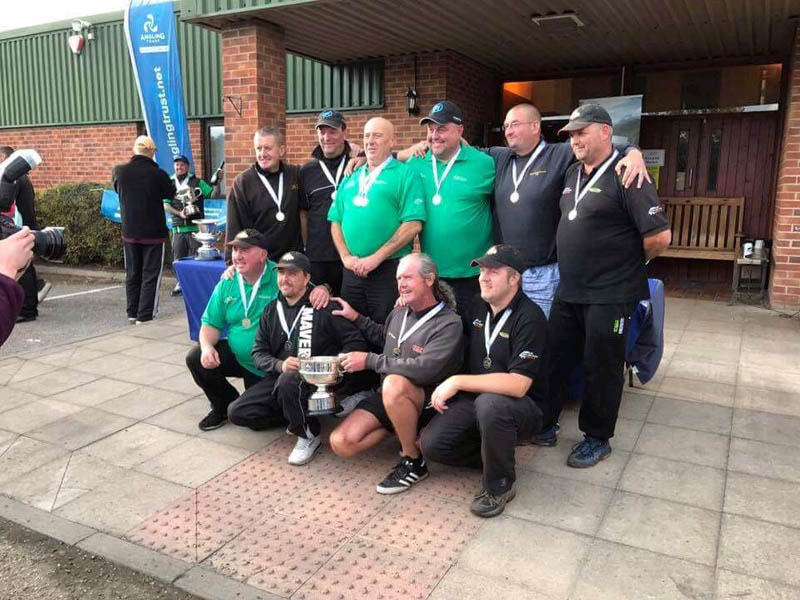 Saturday 19th August saw the Maver Midlands team compete in the Division 1 National held on the Shropshire Union Canal between Shebden and Market Drayton. Team member, David Lloyd, reflects on a successful 2017 event which saw the team finish with 386 points, just three (3) points behind Ted Carter’s Southport, with a cumulative weight of 25.590 kilos.

“In the few months leading up to the event, the team had put a lot of practice in and had caught well, especially Steve Broome, who had framed in most of the practice matches so, come the day, we were confident that we could do well with a decent draw“.

“On the day we sent Richard Guest up to do the all important draw and when he came back we had a mixture of draws that the team didn’t feel were brilliant. The plan was to try and catch any bonus fish early then scratch around in the harder middle parts of the match putting anything in the net. We formulated a squatt attach using Dynamite canal and black frenzied hemp feeding two balls down the shelf and one up in the good areas and just a single ball in the harder areas. We then fed squatts through the catapult where fish were feeding freely, but just fed tiny balls of groundbait laced with squats in the hard areas. The big fish lines were fed with casters, worms or maggots depending on where we had drawn“.

“When we got back to the HQ at the end of the match everyone in the team had done briliantly with five of the team finsihing inside the top ten of their respective sections and all but one in the top seventeen, with Steve Broome doing exceptional again from not the best of areaa to win his section and finished third in the match. Dave Brown also did a great job from a good peg in F section to finish second in section and fourth overall“.