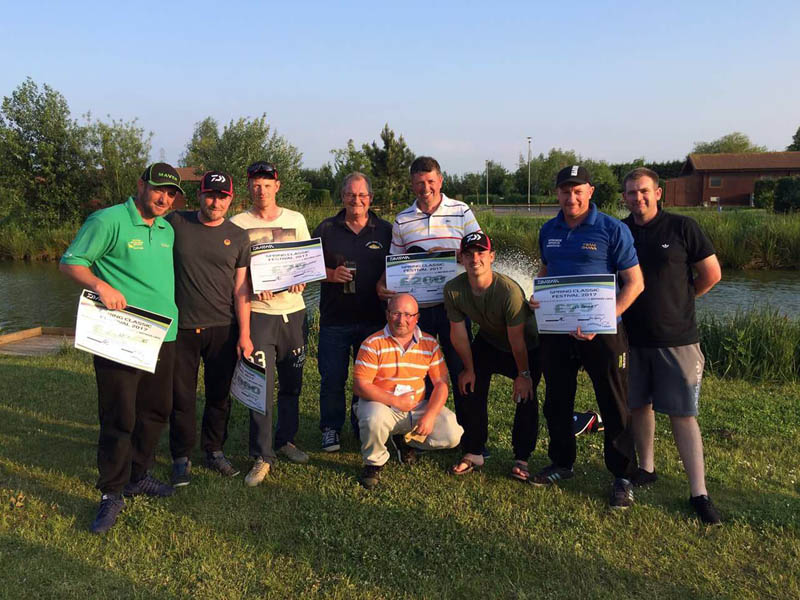 Maver North West rod, Nick Haymes, finished in third place on this year’s three-day festival at Boston’s Westwood Lakes. The Daiwa-backed event attracted one hundred and seven (107) anglers this year with some of the sports top names in attendance.

Conditions for this year’s event were extremely hot with temperatures over the three days reaching 28 degrees. Despite soaring temperatures and spawning fish, the festival produced some fantastic sport with some big weights recorded.

“The opening day of this year’s Westwood Lakes festival saw me on peg 42 on Falcon – just two pegs down from where I drew on the Maver Match This qualifier the week before, so I decided to fish it exactly the same. Three hours in and I’d caught one hundred and fifty (150) F1’s, but the angler on peg 44 had started to catch big carp short and the small F1’s I was catching were not big enough to keep up with him. I decided to ship across to the mudline and found carp in numbers with sixty five (65) carp gracing the net giving me a total of two hundred and fifteen (215) for 218lb and a match win“.

“Day two put me on Osprey, peg 21. I started the match down the edge for thirty (30) fish but word on the bank was someone was admitting to fifty two (52) fish so, despite what I thought was a good start, I was already behind. I’ve then gone shallow at 5m and stayed there for the remainder of the match to catch two hundred and sixty (260) fish six inches deep for 228lb. This was enough for second in my section, so after two days, I was on three (3) points going into what would be a tricky final day on Skylark“.

“With fish spawning all over the lake, I knew the final day would be tricky with the usual long approach not being the way to go, so I decided to set up a 5m edge line in two feet of water coming up the shelf. I managed to catch late on in the match finding odd carp, F1’s and skimmer bream down the edge and tried going across to rest the swim in between but I was foul hooking a lot of fish. Come the end of the match, I’d caught twenty eight (28) fish for 63-14-00 with the end peg weighing 64 lb beating me for the section”.

“I ended the festival with five (5) points and 509lb of fish, which put me in third place overall“.

“I had a fantastic week with plenty of fish caught, money won, and good laughs had. Well done to Andy Bennett on the overall win, and thanks to Alan and his staff for looking after us all week. Westwood is a super place“!