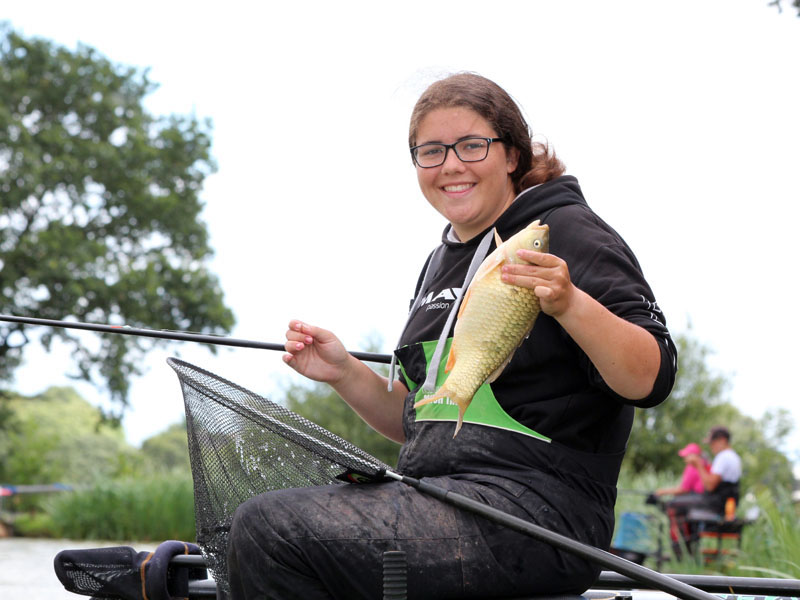 The Friday before the event saw anglers pegged across both House and Extension pools for the Official practise match. The match itself on the Saturday was a tale of what could have been for many on account of a hard frost the night before doing its best to put a dampner on things. The match took place over six (6) lakes with a couple fishing well but, for the most part, it was unfortunately a bit of a struggle.

Despite the difficult conditions, Sarah Taylor, who this year Captained the Northern team, managed to secure a superb second place finish overall recording her personal best match weight in the process from peg 7 on New pool.

Below, Sarah looks back on her personal best match performance to date. 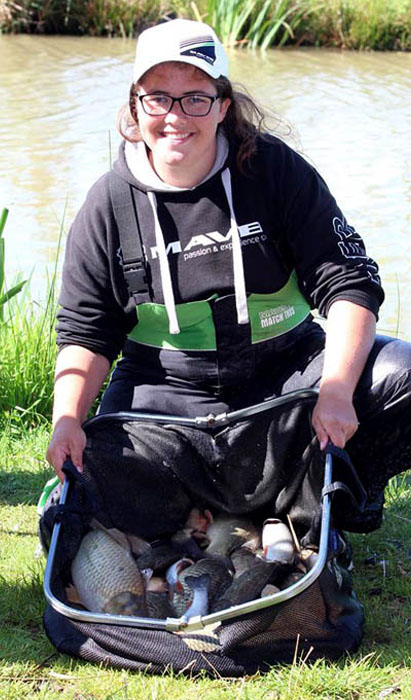 Despite having to concede the North vs South title as a team this year, team Captain Sarah finished in 2nd place overall individually

“I had a lovely day down at Tunnel Barn for the North vs South match. With eighty one (81) pegs in, I knew it would be tough competition. As captain of the North team, I was hoping that we could retain our title for the 4th year running“.

“I drew peg 7 on New pool, which meant nothing to me, but I had been told it was a decent peg, which is a change“.

“I decided to fish soaked 2mm fishery own pellets and have a 4mm Dynamite XL carp pellet in the band down to my right, left, and short in front of me, and a maggot shallow line at 7m“.

“I started on a top kit in 2.5ft of water to my right and had a good start. I probably had around ten (10) F1’s in the opening half an hour. I then tried my shallow line, but after a couple of fish, it didn’t feel right, so I tried down my left“.

“This was pretty much the way for the rest of the match. I had to swap from my shallow line after around 3-4 fish to then come short and nick a few fish from there too. I wouldn’t say it was a frantic day, but it was steady and required a bit of thinking power to keep fish coming. On the clicker, I had clicked seventy two (72) fish, which I was told was decent for the day as the other lakes being used had fished hard“.

“On the weigh scales, I had 137lb 3oz, which was enough for second overall! I was shocked to say the least“.

“Unfortunately, the North couldn’t quite retain the title with the South putting in an exceptional performance to snatch the trophy from us“.

“I want to say thank you to Carl Shepherdson for organising the event. It is a really fun event and is extremely well run. I can’t wait for next year“.

“I also want to thank my Northern team for turning up and fishing to the best of their ability. We will be back next year to get that trophy back, and I am proud of everyone who fished for the mighty North“.

“A major shout out to my boss Steve Openshaw for all his help over the last few months. My commercial fishing has seriously improved so much because of him, and I can’t thank him enough. He deserves a lot of credit“.

“Thank you to Maver UK for their continuous support and faith in me“.

Individual results aside it was all down to the team result and how much money was raised for the England disabled team. The event started back in 2015 and, going into this year’s event, previous results stood at 3-0 to the North. However, this year Mark Eves led the Southern team for the first time to a very close victory with just six (6) points between the two teams.

Despite the event being down on numbers due to clashes with two other big events on the same day coupled with the sheer volume of big money qualifiers this year, those that attended still managed to raise £1,000 for the England disabled team towards their 2019 Championships, so a very worthwhile and successful event all round.

To date, the North vs South event has raised a total of £8,500 over four (4) matches, so well done to all who have supported the event.